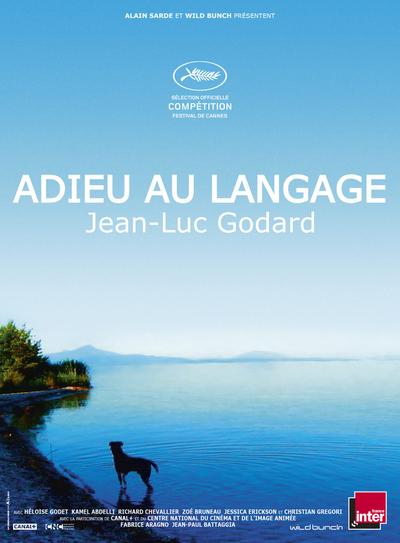 The only film to get a round of applause mid-screening at the 2014 Cannes Film Festival, where it won the Prix du Jury, the 3D marvel “Goodbye to Language” alights on doubt and despair with the greatest freedom and joy. The idea is simple, in its way: a stray dog wanders from town to country, and over the course of some seasons observes a married woman and a single man as they meet, love, argue and fight. Or perhaps it’s the audience viewing one couple, or two couples, or an alternate version of the same couple. At 83, Godard works as a truly independent filmmaker, unencumbered by all concerns beyond the immediate: to create a work that embodies his own state of being in relation to time, light, color, and cinema itself. The artist’s beloved dog Roxy is the de facto “star” of this film, which is as impossible to summarize as a poem by Wallace Stevens or a Messiaen quartet. This might be a farewell to words – but it’s a warm welcome to the legendary director into the world of 3D, in which it must be seen and experienced to fully appreciate Godard’s wondrous use of the technology. END_OF_DOCUMENT_TOKEN_TO_BE_REPLACED