Manuel Artiguez, a famous bandit during the Spanish civil war, has lived in French exile for 20 years. When his mother is dying he considers visiting her secretly in his Spanish home town. But his biggest enemy, the Spanish police officer Vinolas, prepared a trap at the hospital as a chance to finally catch Artiguez. END_OF_DOCUMENT_TOKEN_TO_BE_REPLACED

Synopsis:
Highly successful London barrister Anthony Keane takes on the case of Italian Maddalena Paradine who is accused of poisoning her blind military hero husband. Keane comes increasingly under her spell, threatening both his marriage and his career. END_OF_DOCUMENT_TOKEN_TO_BE_REPLACED

Clay Lomax, a bank robber, gets out of jail after an 7 year sentence. He is looking after Sam Foley, the man who betrayed him. Knowing that, Foley hires three men to pay attention of Clay’s steps. The things get complicated when Lomax, waiting to receive some money from his ex-lover, gets only the notice of her death and an 7 year old girl, sometimes very annoying, presumed to be his daughter. END_OF_DOCUMENT_TOKEN_TO_BE_REPLACED 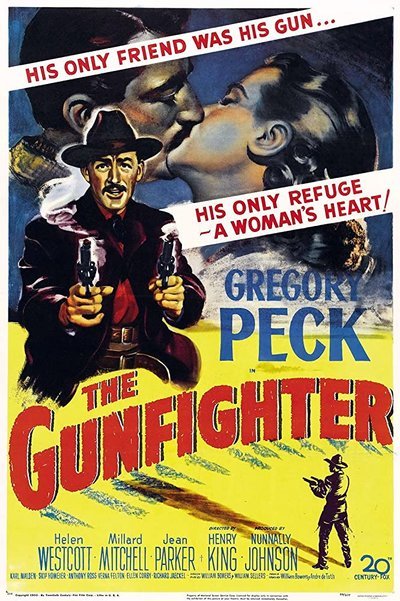 Quote:
Notorious gunfighter Jimmy Ringo rides into town to find his true love, who doesn’t want to see him. He hasn’t come looking for trouble, but trouble finds him around every corner. END_OF_DOCUMENT_TOKEN_TO_BE_REPLACED

Synopsis:
David Stillwell makes his way down several flights of stairs in the dark after the lights suddenly go out in his office building. He is accompanied by an attractive woman. Thanks to his flashlight, he can see her, but she can’t see him. Still, she assumes she knows him by his voice and talks to him about someone named The Major, as if he should know who that is. The day becomes stranger when he gets outside the building and discovers that someone has apparently committed suicide by jumping out of a window. END_OF_DOCUMENT_TOKEN_TO_BE_REPLACED

Synopsis:
When someone gets killed during a bank robbery by Deans, half-breed Billy Two Hats and their partner, the robbers flee. Sheriff Gifford tracks the robbers, killing one of them and capturing Billy. Deans escapes, but during a successful plot to free Billy from the Sheriff, Deans is shot, leaving him unable to walk or ride a horse. Billy, not wanting to abandon his friend, builds an Indian cot to drag Deans behind the horse. With the Sheriff hot on their trail, Deans and Billy try to stay one step ahead of the many obstacles which threaten their lives and freedom END_OF_DOCUMENT_TOKEN_TO_BE_REPLACED

Synopsis:
Professor David Pollock is an expert in ancient Arabic hieroglyphics. A Middle Eastern Prime Minister convinces Pollock to infiltrate the organization of a man named Beshraavi, who is involved in a plot against the Prime Minister. The nature of the plot is believed to be found in a hieroglyphic code. Beshraavi’s mistress, Yasmin Azir is a beautiful mystery who becomes intertwined in the plot. Pollock needs her help, but she repeatedly double crosses him in one escapade after another, he can’t decide on who she is working for. Ultimately working together, Pollock and Yasmin decipher the message and set out to stop an assassination of the Prime Minister. END_OF_DOCUMENT_TOKEN_TO_BE_REPLACED