Tadeusz Konwicki – Jak daleko stad, jak blisko AKA How Far, How Near (1972) 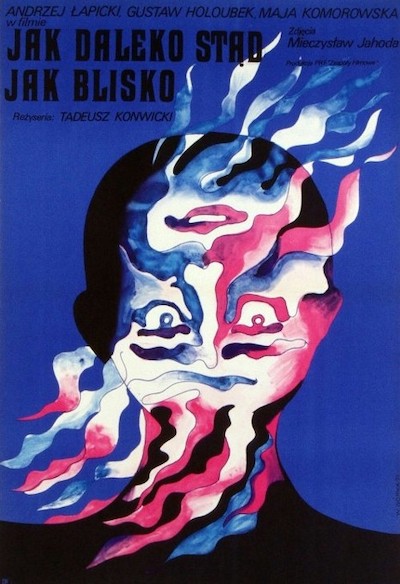 Middle-aged Andrzej takes a dreamlike journey to his troubled past, trying to understand his friend’s suicide. END_OF_DOCUMENT_TOKEN_TO_BE_REPLACED

The visualization of a day in the life of an alcoholic, teeming with images of anxiety and Kafkaesque paranoia. Adapted from Marek Hlasko’s novel The First Step in the Clouds, THE NOOSE is movie as delirium tremens, as a young man escapes his cramped flat to wander from bar to bar, unable to escape the trap of isolation. THE NOOSE tightens as Kuba, nearly saved by the love of a good woman, dives deeper into hallucinatory intoxication. END_OF_DOCUMENT_TOKEN_TO_BE_REPLACED

Quote:
A criminal mastermind responsible for a failed robbery and an accidental petty conman meet inside a prison carriage. Soon they are both going to hear the court verdict. END_OF_DOCUMENT_TOKEN_TO_BE_REPLACED

Quote:
At the end of World War Two, Polish people move to the western lands vacated by Germans. But some ruthless profiteers pose as government representatives and intend to make off with loot from a deserted town they took over. One honest man stands up against them because he believes these goods belong to the people. END_OF_DOCUMENT_TOKEN_TO_BE_REPLACED

IMDb wrote:
A Bulgarian youth and a foreign girl meet at a Bulgarian seaside resort. They like each other and joking begin first a word game, and then another game called ‘The Pope Is Ill’. It turns out, however, that it is not the Pope who is really ill, but the girl’s father, an eminent western nuclear physicist who is terminally ill with cancer. His daughter is scared to death of the possible nuclear Armageddon, which has repeatedly been discussed in her presence. Gradually the carefree beach side mood is replaced by a serious conversation rich in implied meanings. A series of ‘visions’ reveals the view of each of two young people, which turn out to be very different. The girl imagines the apocalyptic end of the world, while the boy thinks of the evolution of life from its origins to the colonization of other space. END_OF_DOCUMENT_TOKEN_TO_BE_REPLACED

Quote:
Set in 1936 in Poland. Zygfryd, a handsome, orphaned young circus acrobat with an introspective temperament, is under the protection of circus owner, Waldo, and his wife. A rich intellectual recluse, patron of the arts (and of young artists) stumbles into Zygfryd’s heart- stopping act and offers him his friendship. He also opens up his cultural horizons and teaches him to consciously reflect on life. It all ends in tragedy, when the boy finds that the circus life is no longer enough and falls during his act. Written by Polish Cinema Database END_OF_DOCUMENT_TOKEN_TO_BE_REPLACED