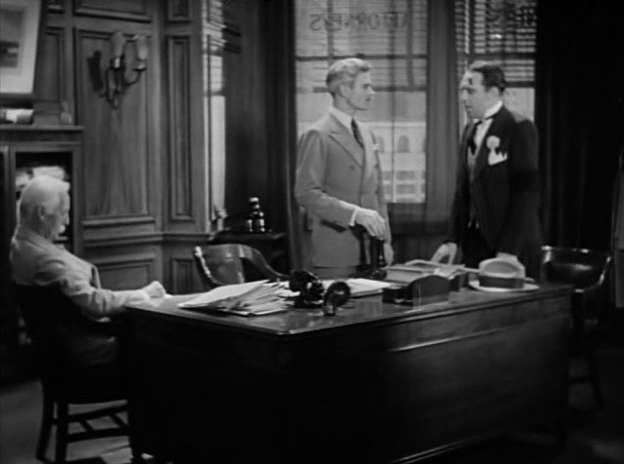 Previously filmed in 1926 the George Kelly stage comedy The Show-Off was remade in
1930 as Men Are Like That. Broadway star Hal Skelly steps into the role of chronic braggart
Aubrey Piper, incapable of either telling the truth or shutting up. Insinuating himself into the
home of his wife Amy’s (Doris Hill) family, Aubrey does his best to impress his in-laws with
tall tales about his business acumen and his grandiose financial transactions. Even after
he’s been exposed as a fraud and saved from ruin and disgrace by Amy, Aubrey continues
to run off at the mouth — and even throws in a few songs and dances for good measure.
Despite a witty script by Joseph L. Mankiewicz, Men Are Like That is sabotaged by the
calculatedly obnoxious Hal Skelly, who never did develop into a satisfying screen
personality. The property was refilmed under its original title The Show Off by Spencer
Tracy in 1934, and by Red Skelton in 1948. END_OF_DOCUMENT_TOKEN_TO_BE_REPLACED