Quote:
A grade-school-age boy, neglected by his parents, lies, cheats, and steals to accumulate enough money to afford a bus ride to a large city and a ticket to see his favorite soccer team play. END_OF_DOCUMENT_TOKEN_TO_BE_REPLACED 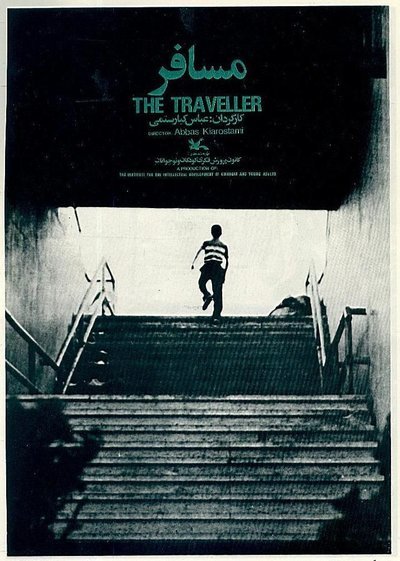 Synopsis
The Traveler is a 1974 Iranian drama film directed by Abbas Kiarostami that tells the story of Hassan Darabi, a troublesome, amoral 10-year-old boy in a small Iranian town. He wishes to see the Iran national football team play an important match in Tehran. In order to achieve that, he scams his friends and neighbors. After a number of adventures, he finally reaches Tehran stadium at the time of the match. The film addresses the boy’s determination in his goal and his indifference to the effects of his actions on other people, particularly those who are closest to him. In its element, the film is an examination of human behavior and the balance of right and wrong. END_OF_DOCUMENT_TOKEN_TO_BE_REPLACED