Grab a box of hankies and curl up for a night of jerked tears and warm fuzzies with Enchanted Cottage, the romantic and melodramatic tale of a horribly disfigured WW II vet who finds love and renewal at the terribly plain, wallflowery hands of a young spinster. Knowing that society is incapable of appreciating the mutually regarded beauty within each of the lovers, they retire to the romantic seclusion of a lonely cottage in New England. The plot is taken from a romantic play by Arthur Pineroi and was filmed before in the mid ’20s. END_OF_DOCUMENT_TOKEN_TO_BE_REPLACED

Synopsis:
When a brash movie theatre owner needs usherettes for his Budapest cinema, he recruits young Luisa Ginglebusher from a nearby orphanage. Encouraged by her kindly guardian to “spread your wings,” Lu naively embarks on her quest to live the life of a fairy tale angel. Quickly encountering the debonair wolves that roam the sidewalks of Hungary, Lu randomly chooses a man to play the role of her husband: Dr. Max Sporum, a humble and idealistic lawyer. As Lu’s simple ruse grows hopelessly complicated, the dreamy-eyed girl refuses to abandon the charade, determined to evade one suitor’s wiley grasp, provide Max the prosperity he so deserves, and allow the opportunity for true love to enter her life. END_OF_DOCUMENT_TOKEN_TO_BE_REPLACED

Synopsis:
William Wyler’s dark and poisonous melodrama, based on the W. Somerset Maugham novel, features Bette Davis in one of her nastiest roles. The story begins in the shimmering moonlight on a tropical Malayan rubber plantation. Shots ring out and a wounded man, Geoffrey Hammond (David Newell) staggers from a bungalow as Leslie Crosbie (Bette Davis) coldly follows him, pumping the remaining bullets into his body. She later tells her husband Robert (Herbert Marshall) that she shot Geoffrey, a mutual friend, because he was drunk and tried to take advantage of her. Robert, who owns the plantation, believes her story and hires high-powered lawyer Howard Joyce (James Stephenson) to defend her. END_OF_DOCUMENT_TOKEN_TO_BE_REPLACED

Synopsis:
Johnny Jones is an action reporter on a New York newspaper. The editor appoints him European correspondent because he is fed up with the dry, reports he currently gets. Jones’ first assignment is to get the inside story on a secret treaty agreed between two European countries by the famous diplomat, Mr. Van Meer. However things don’t go to plan and Jones enlists the help of a young woman to help track down a group of spies. END_OF_DOCUMENT_TOKEN_TO_BE_REPLACED

Synopsis:
George Cukor’s seldom seen adaptation of David Belasco’s Zaza, this one features Claudette Colbert in the lead role of Zaza a famous singer who falls for a married man played by Herbert Marshall. This one gets little attention in the careers of Colbert and Cukor, but it’s a solid if uneven film, and certainly worth a peak. END_OF_DOCUMENT_TOKEN_TO_BE_REPLACED 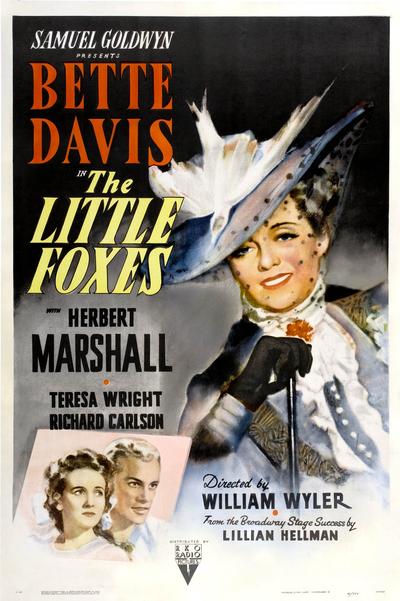 Lillian Hellman’s play, a prime example of the “well-made” variety, is precisely the kind of successful middle-brow property that appealed to Samuel Goldwyn. He had already produced Hellman’s controversial The Children’s Hour (also directed by William Wyler, with cinematographer Gregg Toland), a play that handsomely survived a title change to These Three and the transformation of the issue of lesbianism into an illicit heterosexual affair. No major alterations were required for The Little Foxes. The film even resists the conventional “opening up” so often applied to theatrical texts, in the mistaken notion that fundamental cinematic values are expansively pictorial ones. END_OF_DOCUMENT_TOKEN_TO_BE_REPLACED 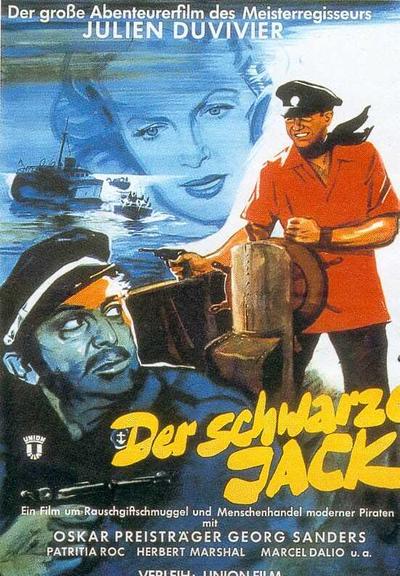 IMDb comment by niathan:
I saw this film when it was released to the minor cinemas in the UK some 50 years ago; and the memory remains of a great musical score, and the tragedy of the storyline. I saw it again on video recently. The sound track was poor and the picture grainy; but it is one of two films that I saw again the next day, the other being Gladiator. The music theme is intensely tragic, and from the outset one knows that it heralds failure or death. Certainly one of George Sanders best performances; as a man working the black market to get pay back for what he lost in the war, but nemesis waits; Patricia Roc plays a refugee from Eastern Europe eaten with despair. He is attracted to her, selflessly wants to help her, and then falls in love with her, but she is too proud and hurt to accept help. Their love destroys him, and inevetably the girl and the doctor (Herbert Marshall), who brought the nemesis. The storyline is of complex intertwining destinies, where subsidiary characters are not who they appear to be. This is as a film, which diappointed the critics and struggled at the box office; but for the adolescent who saw it, and the retired gentleman who saw it again it is one of the greatest films (taking into account its age)whose story is more akin to an opera. END_OF_DOCUMENT_TOKEN_TO_BE_REPLACED