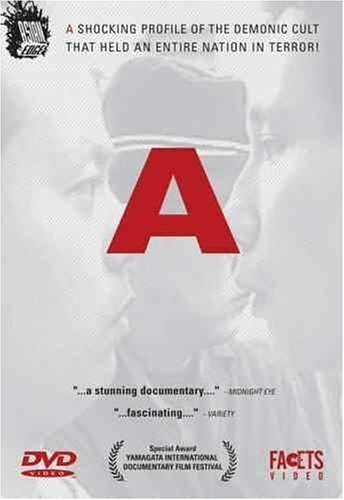 In 1996, filmmaker Tatsuya Mori received permission to tape the inside activities of Japan’s religious cult Aum Shinrikyo—the enigmatic group that released sarin gas into Tokyo’s subway system in 1995. Focusing on the group’s bumbling, confused spokesperson Araki Hiroshi, Mori caught much more than the cult’s daily life with his camera. He captured the media frenzy that engulfed the group, the vicious tactics of undercover cops against cult members, and the anger of local residents who wanted to evict the cult from their community. Looking for more than a simple depiction of this controversial group, Mori exposes and examines the contradictions in Japanese society that would produce such a cult and then feed on it. This edgy, provocative documentary created a heated debate in Japan, where the cult still resides under a different name. END_OF_DOCUMENT_TOKEN_TO_BE_REPLACED