Quote:
Donald is a young man dying of AIDS. His lover, James, asks his mother to go to Fayetteville, Arkansas and tell Donald’s mother, who has been estranged from her son for years. END_OF_DOCUMENT_TOKEN_TO_BE_REPLACED

Quote:
Ken Russell’s Lair of the White Worm uses Dracula author Bram Stoker’s final novel as the basic springboard into a surreal and dark-humored tale concerning a bizarre cult and a series of sacrificial murders in honor of an ancient pagan god. When archeologist Angus Flint (Peter Capaladi) discovers the mysterious scull of an undiscovered beast, further investigation reveals a bizarre myth concerning a medieval knight slaying a fearsome dragon. Soon making the acquaintance of Lord James D’Ampton (Hugh Grant), the conquering knight’s descendant, Flint begins to learn of local lore surrounding the creature and soon discovers that, throughout the years, many unexplained disappearances have haunted the local populace. END_OF_DOCUMENT_TOKEN_TO_BE_REPLACED

Quote:
Set against the stifling conformity of pre-World War I English society, E.M. Forster’s Maurice is a story of coming to terms with one’s sexuality and identity in the face of disapproval and misunderstanding. Maurice Hall (James Wilby) and Clive Durham (Hugh Grant) find themselves falling in love at Cambridge. In a time when homosexuality is punishable by imprisonment, the two must keep their feelings for one another a complete secret. After a friend is arrested and disgraced for “the unspeakable vice of the Greeks,” Clive abandons his forbidden love and marries a young woman. END_OF_DOCUMENT_TOKEN_TO_BE_REPLACED 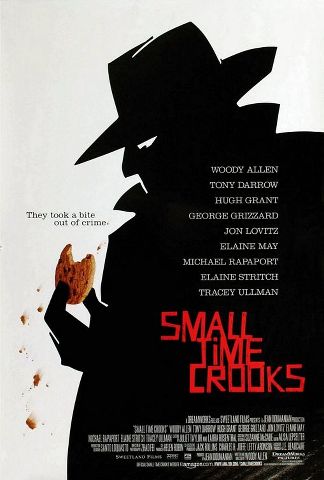 Plot:
Ray Winkler is a “small time crook” with big dreams. Recruiting his wife and some fellow bumblers, he leaves his job as a dishwasher to open a cookie store next to a bank. And while his wife operates the cookie store, he and his cohorts work in the basement on breaking into the bank. Wealth comes from an unexpected direction, helping fulfill his dreams. But there is an ancient curse about getting everything you wish for. END_OF_DOCUMENT_TOKEN_TO_BE_REPLACED