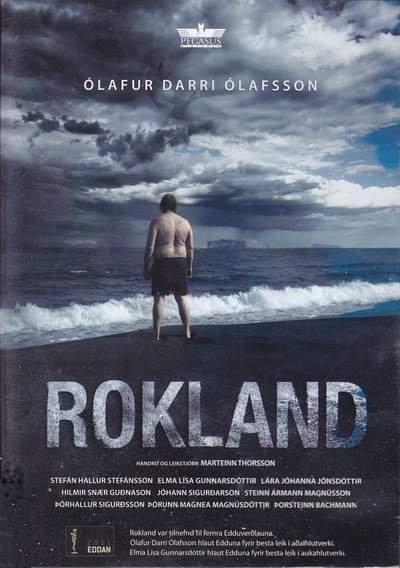 This is a tragicomic story of lone rebel Boddi Steingrimsson who lives in a small town in Northern Iceland. Boddi hates materialistic modern society in its entirety and on his blog-page he comically criticizes everything and everyone. Before long he has become an outlaw in his own hometown, just like his viking hero, Grettir. After a series of dramatic mishaps, he snaps and goes riding down south to the big city on his sturdy steed Nietzsche. He has got a gun in his pocket and is ready for the revolution. END_OF_DOCUMENT_TOKEN_TO_BE_REPLACED

Ágúst Guðmundsson – Útlaginn AKA Outlaw: The Saga of Gisli (1981)

From an authentic Viking saga, Outlaw tells the story of a family blood feud, set in 10th century Iceland.

Quote:
After decades of phony Hollywood Vikings, you can finally see the real thing if this film ever makes it to video or DVD. It is made in Iceland, with Icelandic dialog, and captures the authentic speech and flavor of the sagas: the understatement, occasional grim humor, and slow nursing of grudges over the long winters until they flower into blood feuds. The film also shows the strong bonds of loyalty and affection that held families and clans together, and the painfully developed methods of negotiating settlements that prevented the medieval Icelanders from wiping each other out completely. Indispensable for those who love the Icelandic sagas. END_OF_DOCUMENT_TOKEN_TO_BE_REPLACED

A childless couple, María and Ingvar discover a mysterious newborn on their farm in Iceland. The unexpected prospect of family life brings them much joy, before ultimately destroying them. END_OF_DOCUMENT_TOKEN_TO_BE_REPLACED

Páll is an artistic and sensitive young man. Getting dumped by his girlfriend, Dagny, triggers his descent into madness. We follow him on his way to what seems like inevitable doom; at home with his parents who finally can’t cope, and in the mental institution, Kleppur. END_OF_DOCUMENT_TOKEN_TO_BE_REPLACED

Three tales of three people who have a lasting effect on one another. A young writer whose career is skyrocketing finds himself in a stormy marriage. He divorces his wife after the death of their daughter, shuts himself from the outside world and drinks himself to death over a twenty-year period. END_OF_DOCUMENT_TOKEN_TO_BE_REPLACED

Quote:
Ikingut is not a cartoon, but a live-action children’s film from Iceland, set a few centuries ago in a superstitious little community among the ice floes that finds a child, Ikingut, who has strayed in from Greenland – the first Eskimo the place has seen.

The baddies believe he’s an evil spirit; the minister’s son begs to differ and the two kids form a playful alliance. There are avalanches, a chase across the frozen plains and a faultless lesson in the friendship of strangers. END_OF_DOCUMENT_TOKEN_TO_BE_REPLACED

Djoflaeyjan takes place in Reykjavik in the years following World War II. The British and American occupation army has left their bunkers behind. They became homes to hundreds of lower-class people who were pouring into the capital during those years. Djoflaeyjan tells the story of the struggle and often humorous life of people in the bunkers in those difficult times. END_OF_DOCUMENT_TOKEN_TO_BE_REPLACED