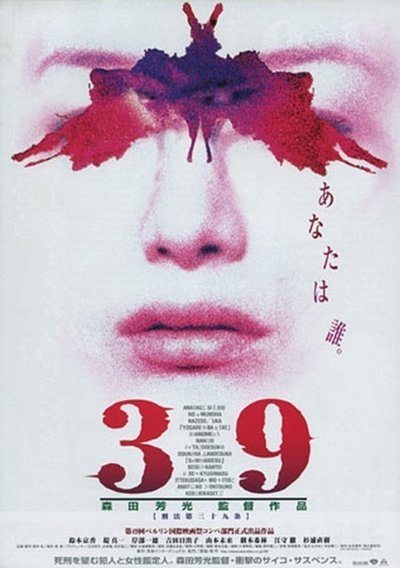 ‘Keiho’ is a fascinating thriller dealing with memory, guilt and justice. A young actor is arrested for a brutal double murder. He confesses but pretty soon the possibility of him being mentally ill and therefore legally incompetent comes to the fore. A young female psychiatrist working on the case (called Kafka, interestingly enough!) becomes convinced that he is faking his apparent schizophrenia. All very good and ‘Primal Fear’ so far, but after that things get much more complicated, ambiguous and interesting. ‘Keiho’ is strongly acted, well written, and imaginatively directed, and will keep you guessing right until its’ final scenes. Supposedly based on a true case, unresolved at the time of the movies original release, this is a real gem that beats 90% of Hollywood’s lame and predictable thrillers at their own game. Try and see this one! END_OF_DOCUMENT_TOKEN_TO_BE_REPLACED

Virginal 19-year-old Shokichi goes to the small island Maja-jimais, to collect the bones of his father Shoji, a man he never knew, which have been left to bleach in the sun at the foot of the cliff where the sea washed them up. But Shokichi is accompanied by three hookers who take the trip as a vacation – at least, until they all go down with food poisoning, probably from eating bad pig’s liver. END_OF_DOCUMENT_TOKEN_TO_BE_REPLACED

While escaping from the clutches of her sexually warped uncle, Toshiko meets Samehada who pos up in front of her in his underpants. The dude is also escaping from the gangsters he has stolen a pile of loot from, and the two make a daring escape together with the gangster thugs and the little weird guy the uncle sends on their trail. Ultra-violence, bizarre sex, and killer costumes ensue. END_OF_DOCUMENT_TOKEN_TO_BE_REPLACED

Quote:
A young man, Kazuo, joins a new cult religion even though he sees through the initial recruitment pretense, and participating in the activities of a new social phenomenon, some of whose members genuinely believe in the principles and practice as preached, while others have more Machiavellian motives. (imdb) END_OF_DOCUMENT_TOKEN_TO_BE_REPLACED

Quote:
In the early 1990s a spate of hospital films were released in Japan, including Takita Yojiro’s two Let’s Go to the Hospital comedies, Itami Juzo’s drama The Last Dance and Ichikawa Jun’s Dying at a Hospital, shot in a semi-documentary style almost as straightforward as its title. Perhaps these films reflected the greying of Japanese society or, as Ichikawa suggested in an interview, a world afflicted by famine, AIDS and environmental destruction. Working from a book by Yamasaki Fumio, a practicing doctor, Ichikawa follows the progress of five cancer patients from the time they are admitted to the hospital to the end. For much of the film, we are literally standing at the foot of their beds, watching their lives unfold from the middle distance. END_OF_DOCUMENT_TOKEN_TO_BE_REPLACED