Jerry Donovan is just an ordinary American, who loves his family but takes his freedoms for granted. He goes to sleep, and finds himself in an alternate universe in which everyone refers to everyone else as “comrade.” And we know what that means—Jerry and his kind are denounced as “an ugly remnant of a diseased bourgeois class,” all the churches have been shuttered, and there’s a Soviet-style interrogation, much like the one in The Great Rights. Extra special kudos to Robert Conrad, who appears briefly as a factory comrade seeing to it that Jerry meets quota. END_OF_DOCUMENT_TOKEN_TO_BE_REPLACED

Robert Cannon (Jack Kelly), Fred Vitale (Ray Danton) and Alan Nichols (Andrew Duggan), three men vital to America’s missile program, are en route to Cape Canaveral when a bomb is discovered in a suitcase. Defused by Vitale, the device is turned over to the FBI, which takes charge of the investigation. Assigned to determine if it’s a case of sabotage or attempted murder, Inspector Leroy Gifford (Philip Carey) and his squad race to track down the bomber before he can strike again. END_OF_DOCUMENT_TOKEN_TO_BE_REPLACED 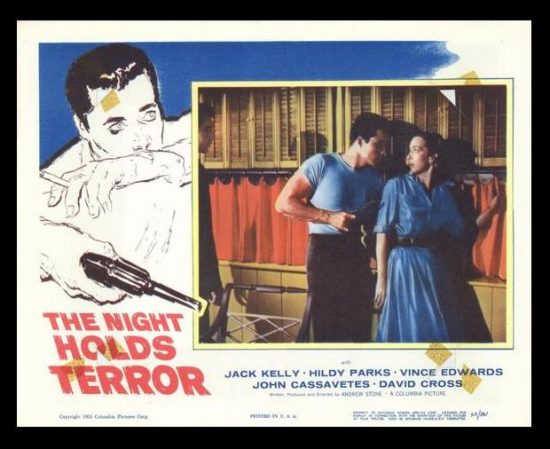 Plot:
A group of escaped convicts take over a suburban home to evade the ongoing police manhunt, making the lives of the family living there a nightmare. The longer the men stay there, the more the tensions build and the more likely it becomes a tragedy will occur. Based on a real-life hostage-taking. END_OF_DOCUMENT_TOKEN_TO_BE_REPLACED