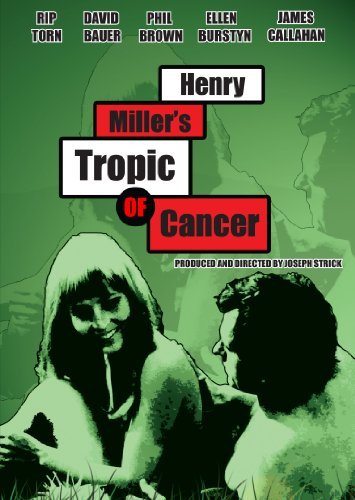 Quote:
In 1960s Paris, an expatriate American novelist (Rip Torn) still struggling to find his voice lives life to the fullest without much regard for his wife (Ellen Burstyn) as he embarks on a succession of sexual encounters with beautiful women. Adapted from Henry Miller’s controversial 1934 novel — which was banned in the United States for nearly 30 years — this passionate drama also stars James Callahan. END_OF_DOCUMENT_TOKEN_TO_BE_REPLACED