Jan Troell – Uppehåll i myrlandet AKA Interlude in the Marshland (1965)

Quote:
It’s the mid 1930s and brakeman Kvist had enough of working on the train, jumps off and starts to walk on the train tracks in the middle of nowhere in Lapland, Northern Sweden, hoping to find new work and adventures. Based on the novella by famous Swedish author Eyvind Johnson. END_OF_DOCUMENT_TOKEN_TO_BE_REPLACED

Magnus is divorced and has an affair with an art teacher at the school where he works. When he thinks she’s pregnant, he is worried because he is in love with another woman. END_OF_DOCUMENT_TOKEN_TO_BE_REPLACED

Quote:
The coming of age of Olof Persson is presented. This phase of his story begins in northern Sweden in 1914 when he is fourteen years old. He is just leaving the home of his foster parents, where he was first sent because of his own father’s illness. Olof is now striking out on his own moving from one manual labor job to another. He is often put through rites of passage because of his age, or is exposed to adult issues solely because he is seen as just another one of the men. It isn’t until he moves to the city at age sixteen and gets a job in the movie showing business – first at a cinema and then a traveling movie show – that he begins to deal with more adult issues and emotions of his own, such as acting on his desire for the opposite sex, the associated feeling of jealousy, and how he may want to direct his energies as an adult in his passions for philosophy and political activism of the socialist variety. END_OF_DOCUMENT_TOKEN_TO_BE_REPLACED

The Swedish 19th century engineer S. A. Andrée sets out to become the first man on the north pole. His idea is to launch a polar expedition using a hydrogen balloon, together with two friends. The balloon, “The Eagle”, takes off from Svalbard in 1897, but the three men are not heard of again. END_OF_DOCUMENT_TOKEN_TO_BE_REPLACED

Dom över död man man. Torgny Segerstedt (Jesper Christensen) was one of the leading journalists in Sweden in the 20th century. As managing editor of the Gothenburg economic daily Handelstidningen, he fought a one-man battle against Adolf Hitler and fascism throughout the war years. It was a difficult fight, only made possible because of his reputation, the power of his conviction and the fact that he had friends in high places, not least among them his lover, the Jewish intellectual Maja Forssman (another tour de force performance from Pernilla August), the wife of his publisher. Exquisitely filmed in black and white, The Last Sentence continues Troell’s mission to illuminate history. END_OF_DOCUMENT_TOKEN_TO_BE_REPLACED 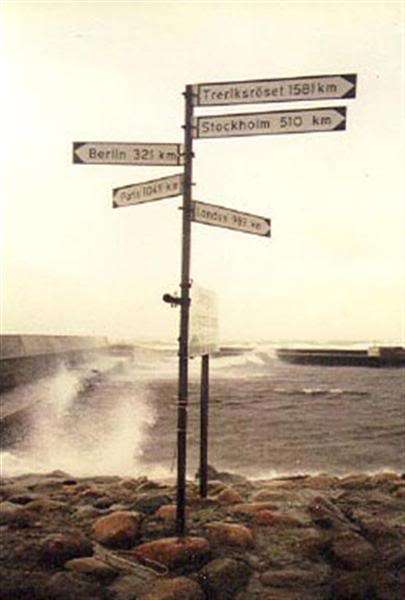 Press comment:
Not unexpectedly Troell´s contribution to the group-project facing the new millenium -“Swedish stories” – is outstanding. Here the lives of ordinary people on the countryside on Sweden´s southern tip mirror, without effort, something more general. This time we encounter some enthusiasts running a small radio station. Singing, talking, and greeting is heard, listened to and exchanged.. The image of a technology serving people and their fellowship is developed together with the one of a society not having lost its soul. —Troell is the great observer among Swedish documentarists. His brilliant cinematography and associative editing literally cuts out meaning and coherence from the visible reality.
DAGENS NYHETER END_OF_DOCUMENT_TOKEN_TO_BE_REPLACED