Heavy traffic in the summer. Bad luck for Juliet, Albert, Jaeger and Arthur who does not reach their destination. Involved in a terrible accident that will change their lives forever. END_OF_DOCUMENT_TOKEN_TO_BE_REPLACED

summary & review from filmsdefrance.com :
“Fred is a police inspector charged with investigating the murder of an informer, whose dismembered remains were found in rubbish bags. After the recent tragic death of his daughter, Fred allows his work to absorb him and he becomes obsessed with bringing his prime suspect to book… “

“This dark thriller is more than anything a study in the destructive power of guilt and solitude. The two main characters, the police inspector, Fred, and Gravier, the suspect he constantly hassles, are trapped in their own introspective worlds, isolated and corrupted by their contempt for an outside world they have lost faith in. This intense character study is the film’s focus throughout, and their interaction is played out with the subtlety and uncertainty of a chess game. END_OF_DOCUMENT_TOKEN_TO_BE_REPLACED

FilmLinc wrote:
The late Belgian filmmaker Chantal Akerman brings us an intellectual comedy about a mother and daughter who find themselves living together for the first time in decades. Charlotte, a freelance writer, invites her recently widowed mother, Catherine, to live in her apartment, and the ensuing clutter becomes a source of irritation and strife. When Catherine decides to revitalize her career as a piano teacher, the claustrophobia reaches new and absurd levels. Charlotte continues to pursue her desperate quest for peace as Tomorrow We Move develops into a slyly Jewish tale of rootlessness and familial burdens. END_OF_DOCUMENT_TOKEN_TO_BE_REPLACED

In post-revolutionary France, two neighbouring aristocrats (Nicole Garcia and Jean-Pierre Marielle) embark on a dangerous game when they agree to help a Polish agent. END_OF_DOCUMENT_TOKEN_TO_BE_REPLACED 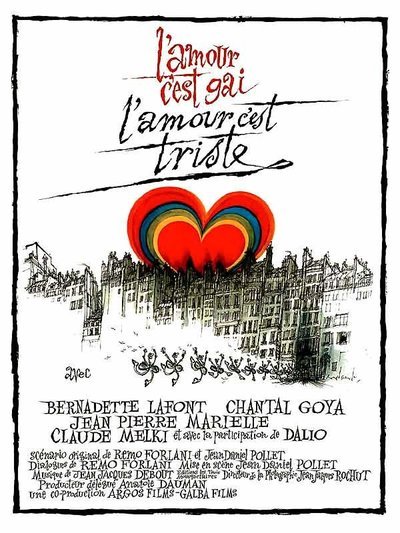 Quote:
Leon is a tailor and he believes men are coming to see his trollop sister Marie to have their palms read. Then Arlette, a young provincial girl saved from suicide by Marie, comes to live in the apartment… END_OF_DOCUMENT_TOKEN_TO_BE_REPLACED

Synopsis
An inveterate gigolo, Tony Maréchal has just one skill: the ability to seduce beautiful women. He uses this skill to sweet talk himself into a trip to a skiing resort, under the patronage of a wealthy business man and his mistress. Here, Tony is hooked by a man-mad baroness who invites him on a pleasure cruise to Tahiti. The dream holiday soon turns into Tony’s worst nightmare… END_OF_DOCUMENT_TOKEN_TO_BE_REPLACED

Having succeeded in making himself the enemy of the entire Arab world, Commander Bloch, a senior agent in the Israeli secret services, flees to Libya and soon finds himself holed up in the French Embassy in Tripoli. His only hope of leaving the country alive is by being smuggled out in a diplomatic suitcase. Captain Augier is tasked with this delicate mission, but before the suitcase can reach Paris an airport strike takes effect. As a result, Augier and Bloch end up being confined to a hotel, which just happens to be the same hotel where the Israeli spy met the one true love of his life, Françoise. As he recalls this earlier romantic interlude in his life Bloch manages to convince himself that Françoise is the person who betrayed him. END_OF_DOCUMENT_TOKEN_TO_BE_REPLACED