Quote:
This comedy follows a young scientist in the contemporary world, who actually came from the world of dwarves, thanks to a magic potion, held by the Big Eater, ruler of the dwarves. The dwarf kingdom, Shuflandia, exists in a cellar of a library, and only the most obedient get the chance to grow to king size and inhabit the larger world. Once there, nobody wants to return to Shuflandia. Also, there are no women in Shuflandia. END_OF_DOCUMENT_TOKEN_TO_BE_REPLACED

Two scientists are placed in hibernation and should be awaken after three years. But when they wake up, it turns out that it has been fifty years, and they are the only two males in a new, underground society composed exclusively of women. END_OF_DOCUMENT_TOKEN_TO_BE_REPLACED 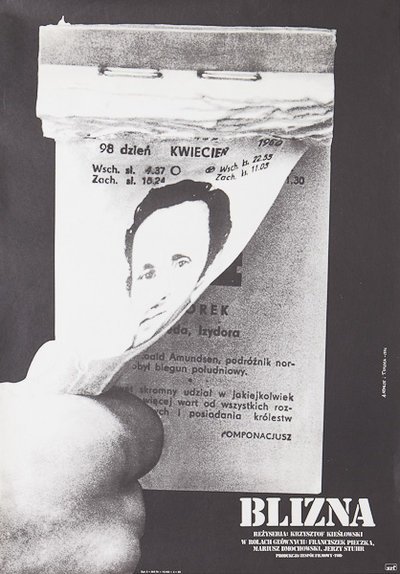 Quote:
Films made under the state socialist regimes of Eastern Europe in the mid-twentieth century tend to fall roughly into two categories: the rigidly institutional and the scathingly anti-establishment. These films either serve to trumpet the cause of Communism or else find ways to avoid or subvert its conventions. The early films of Krzysztof Kieslowski present a slightly different alternative. On the one hand, these films duck the scrutiny of government censors with minute, incisive portraits of the system’s failings; but on the other, they tend to humanize and complicate the causes of these failings. Rather than make the system seem a corrupt, faceless entity, Kieslowski’s early films present a collection of individuals whose personal problems and shortcomings compose this system and thereby bring about its failure. END_OF_DOCUMENT_TOKEN_TO_BE_REPLACED 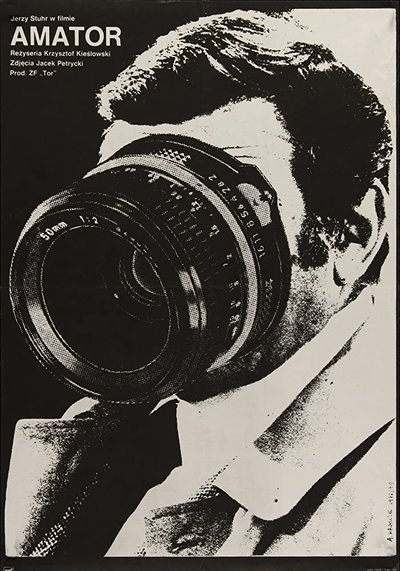 Quote:
It all starts when Filip Mosz (Jerzy Stuhr) buys a little 8mm movie camera to film his new-born baby. Like a true enthusiast, Filip enters into the spirit of his new hobby, filming everything that moves and working on the material on a small editing suite. When he is commissioned by his boss to film a reception being held to commemorate the company’s 25th anniversary, he becomes aware of the pressures of outside expectations and even censorship. The film however gets entered into an amateur film festival and wins third prize (second prize really since none were judged good enough to win first prize!) and he soon finds himself caught up in the world of TV and film-making, helped by an attractive film producer. END_OF_DOCUMENT_TOKEN_TO_BE_REPLACED 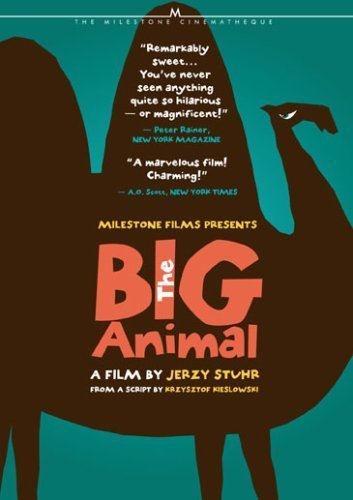 Quote:
Mr. Zygmunt Sawicki is a bank employee, who finds a camel in his yard one day. He decides to take charge of it and he and his wife Marysia take care of it. However, problems arise for both his fellow town-dwellers and the local authorities. END_OF_DOCUMENT_TOKEN_TO_BE_REPLACED

An ironic look at a climber who decides to do anything, including throwing mud at his best friend, to get a job he thinks will launch him into a better career.
~ Synopsis from IMDb END_OF_DOCUMENT_TOKEN_TO_BE_REPLACED

Being in the wrong place at the wrong time can get a person into trouble, so can being framed for a crime one did not commit. “Kiler,” one of Juliusz Machulski’s best comedies, is a story about a taxi driver that is set up. The taxi driver is named Jurek Kiler (Czeary Pazura) and is blamed for the slayings committed by an assassin. The police do not believe the taxi driver, with the last name Kiler, is not the Killer they were searching for and imprison him. Jurek uses the tough reputation of the infamous killer, along with a lot of dumb luck, to his advantage in gaining the respect of the other prisoners. As if things are not bad enough, a mobster frees Jurek from prison. In return for the favor, the mobster wants Jurek to kill a politician. END_OF_DOCUMENT_TOKEN_TO_BE_REPLACED