Review by Nzoog Wahrlfhehen
Dr. Wong (Jess Franco) sends his thugs to eliminate Mr. Jung. The “judoka shadow” of Bruce Lyn (José Llamas) is cast against a wall, swearing to take revenge. Meanwhile, Lina Romay and Albino Graziani, both of whom work for the British secret service, investigate Jung’s murder. Wong is also out to eliminate Macedo, a Filipino gangster involved in dubious dealings, with the purpose of having the whole market to himself. But Bruce and his judoka shadow (which does the fighting for him) interfere with his plans, leading him to send the beautiful Honey Eyes to do him in. Honey Eyes sets a trap for Bruce, but the latter is saved in the nick of time by the British agents. What follows are numerous fights and chases until Bruce and Dr, Wong finally meet, face to face. The issue is raised of a boat bearing a heroin cargo. The two secret agents find the boat, though this turns out to be manned by two corrupt millionaires. Bruce Lyn arrests them but then, on recalling that his masters had taught him to be compassionate, sets them free. END_OF_DOCUMENT_TOKEN_TO_BE_REPLACED

Quote:
After losing her mother at an early age and being raised at a boarding school, Cristina Reiner is notified of her father’s death and summoned to Monserrat Mansion for the reading of his will. Other members of her strange, accursed family are found there awaiting the imminent demise of Cristina’s ailing stepmother, whom she has never met. When Death finally visits the castle in the person of an elegantly attired Queen of Darkness, Cristina is approached by the ghost of her father, who advises her to flee the castle and her cold-skinned, bloodthirsty relatives. But is it already too late? END_OF_DOCUMENT_TOKEN_TO_BE_REPLACED

Quote:
Private eye Al Pereira was one of Jess Franco’s recurring characters – in fact, maybe his only recurring hero. A genuine noir type who always accepts cases he should have let pass, who always loses his heart to the wrong floozy fatales, who usually comes out of a case worse than he went in, he was introduced in 1962’s “077 Operacion Jamaique” with Conrado San Martin playing the part. Then Eddie Constantine took Al around the block in 1965’s “Attack of the Robots,” followed by Howard Vernon in 1972’s “Les Ebranlées” and Olivier Mathot in 1975’s “Midnight Party.” After two test drives as a similar character named Al Crosby in “La chica de las bragas transparentes” (1981) and “La noche de los sexos abiertos” (1983), Antonio Mayans resurrected the role and became its definitive interpreter in this movie. It was followed by four other adventures – the last being Franco’s very last film, the recently released “Al Pereira vs. the Alligator Ladies” (2013). END_OF_DOCUMENT_TOKEN_TO_BE_REPLACED

A Jewish commando unit hunting Nazi war criminals tracks down the infamous Dr. Mengele in the jungle, and find that he is torturing nubile young virgins and performing horrible medical experiments on the locals. They prepare to battle their way past Mengele’s hordes of fanatic Nazi bodyguards in order to get to him. END_OF_DOCUMENT_TOKEN_TO_BE_REPLACED 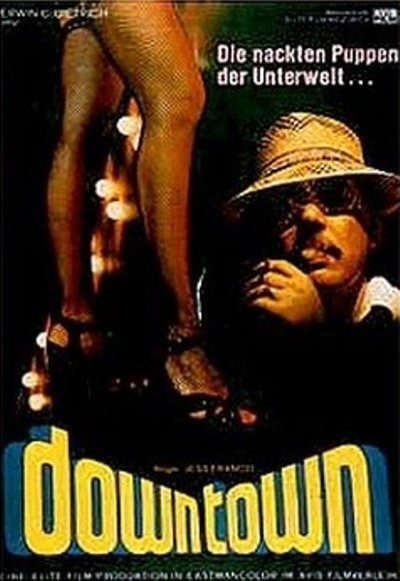 Synopsis:
Somewhere in sunny Puerto Rico: private detective Al Pereira has seen far better days in his professional life. He would need more jobs, because his cash is almost empty. One day he meets the obscure, mysterious Cynthia, who promises a lucrative job. Pereira is supposed to oversee a notorious businessman and politician named Ramos, as Cynthia assumes that he is cheating on her, and Pereira is said to shoot proof-footage of strangers. An easy job, as Pereira seems, and he gets to work. But the lady who gave him the job seems to play a double game and pulls him into a murderous affair. In any case, Pereira one day finds Ramos dead and now has the police on his neck, which suspected him of killing the politician. END_OF_DOCUMENT_TOKEN_TO_BE_REPLACED