A Filipino teenager (Yul Servo) is shot to death on the sidewalk of New Jersey, USA. An investigation starts into his death. His family members and friends are interviewed. Along the way, we find out not only more about him but about the community of Filipinos in America in general, including the destructive effect of the drug “shabu” on its youth. The detective who handles the case (Joel Torre) also has his own personal demons to settle with his violent past. END_OF_DOCUMENT_TOKEN_TO_BE_REPLACED 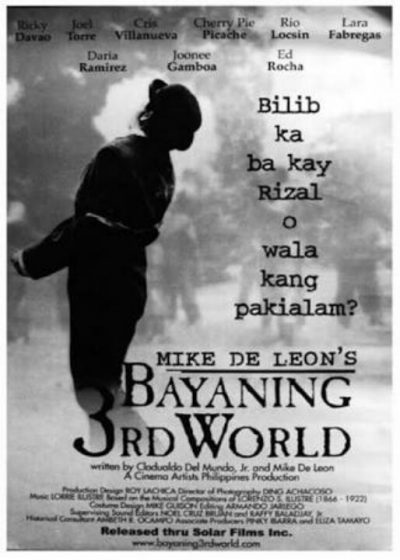 This odyssey towards the illusive truth show us their face encounters with Dona Lolay, Rizal’s mother; Paciano, the brother; Josephine Bracken, the controversial “dulce extranjera”; Narcisa, the understanding elder sister who holds the key to the retraction controversy; and Padre Balaguet, the jesuit who writes about Rizal’s final hours. END_OF_DOCUMENT_TOKEN_TO_BE_REPLACED