Quote:
Peter Greenaway’s “Prospero’s Books” is not a movie in the sense that we usually employ the word. It’s an experiment in form and content. It is likely to bore most audiences, but will enchant others — especially those able to free themselves from the notion that movies must tell stories. This film should be approached like a record album or an art book. Each “page” is there to be studied in its complexity and richness, while on the soundtrack we hear one of the great voices in theater history, John Gielgud’s. END_OF_DOCUMENT_TOKEN_TO_BE_REPLACED

Synopsis:
Brutus is convinced by a scheming band of Roman senators, led by Caius Cassius, that his dear friend Julius Caesar intends to dissolve the republic and install himself as monarch, and he joins a conspiracy to assassinate him. Brutus stirringly defends his actions, but when Mark Antony responds with a speech that plays upon the crowd’s love for their fallen leader, a battle between the two factions is assured. END_OF_DOCUMENT_TOKEN_TO_BE_REPLACED

Synopsis:
‘In World War I, Brodie, a successful novelist and soldier, is pronounced dead and given a new identity by the Secret Service. Sent on an espionage mission in Switzerland, he is teamed with a fake ‘wife’, Elsa and an assassin, the General.’
– BFI Screenonline END_OF_DOCUMENT_TOKEN_TO_BE_REPLACED 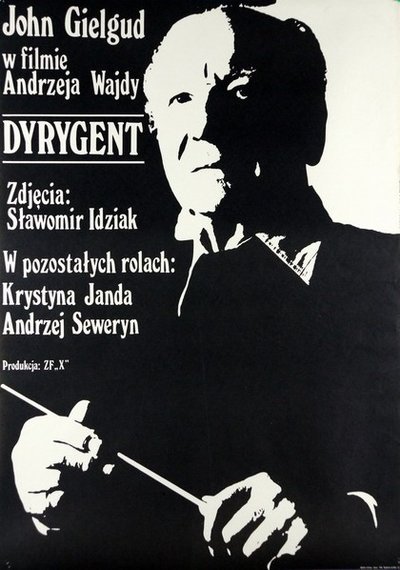 Quote:
A violinist in a provincial Polish orchestra, whose husband is the director of the ensemble, on a visit to the U.S., ties up with the world-renowned symphony conductor. As it turns out, he was once in love with the violinist’s mother. The conductor, a slightly unstable hypochondriac, returns to Poland to lead the provincial orchestra. He also tries to revive an old love affair using the violinist as a surrogate of her mother. Her husband is resentful of the conductor for personal and professional reasons. END_OF_DOCUMENT_TOKEN_TO_BE_REPLACED

The film describes the process of literary creation. Part of the story unfolds in the imagination of Clive Langham, a famous writer who has learnt that he has only a few months of life left and, on the eve of his seventieth birthday, is working on his last novel: a story in which he speaks of himself, his memories and his family. The links and divergences between art and life are underlined. Believing he is describing others, he describes himself, revealing hidden aspects of his personality. END_OF_DOCUMENT_TOKEN_TO_BE_REPLACED