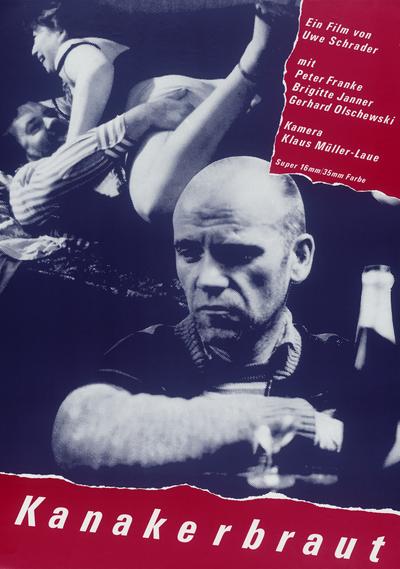 Here’s the debut feature film by director Uwe Schrader, who’s still a well-kept secret of german cinema. I first read about him in the most recent issue of Cargo. His realistic “Milieu” films recall the works of Klaus Lemke, Roland Klick or the austro-canadian filmmaker John Cook. Kanakerbraut is only one hour long, and it is about the dull life of Paul (Peter Franke) and his encounters with similar characters in Berlin Kreuzberg. END_OF_DOCUMENT_TOKEN_TO_BE_REPLACED