Based on a performance piece from the 1980s with his wife, Jacobs has transformed the physical performance into a 3D, phantasmagorical feature-length film using his eternalism technique. An open exploration of sexuality, using sexual elements to begin a dialogue relating to the depth of movement. END_OF_DOCUMENT_TOKEN_TO_BE_REPLACED

I’ve been raiding the Paper Print Collection of the Library Of Congress in Washington, DC, since the late 1960s with TOM, TOM, THE PIPER’S SON. It’s a preserve of early cinema. Until 1912, in order to copyright film, one deposited with the library a positive from the negative printed on paper, unprojectable, but – unlike nitrate prints – capable of weathering the years without Crumbling into chemical volatility. And there the stacks rested, safely out of mind, hundreds and hundreds of silent rolls most less than 30 meters, many Edisons, American Mutoscope And Biograph, Gaumont, Lubin, Vitagraph ; cine-snatches of life as it was lived, vaudevillians, proto-dramas, and too many state parades. END_OF_DOCUMENT_TOKEN_TO_BE_REPLACED

Quote:
A Tom Tom Chaser is Jacobs’ 2002 poetic riff on the transformation of his classic film Tom Tom the Piper’s Son from chemical to electronic form during the telecine process. END_OF_DOCUMENT_TOKEN_TO_BE_REPLACED

Quote:
The moving camera shapes the screen image with great purposefulness, using the frame of a window as fulcrum upon which to wheel about the exterior scene. The zoom lens rips, pulling depth planes apart and slapping them together, contracting and expanding in concurrence with camera movements to impart a terrific apparent-motion to the complex of the object-forms pictured on the horizontal-vertical screen, its axis steadied by the audience’s sense of gravity. The camera’s movements in being transferred to objects tend also to be greatly magnified (instead of the camera the adjacent building turns). About four years of studying the window-complex preceded the afternoon of actual shooting (a true instance of cinematic action-painting). The film exists as it came out of the camera barring one mechanically necessary mid-reel splice. –K. J. END_OF_DOCUMENT_TOKEN_TO_BE_REPLACED 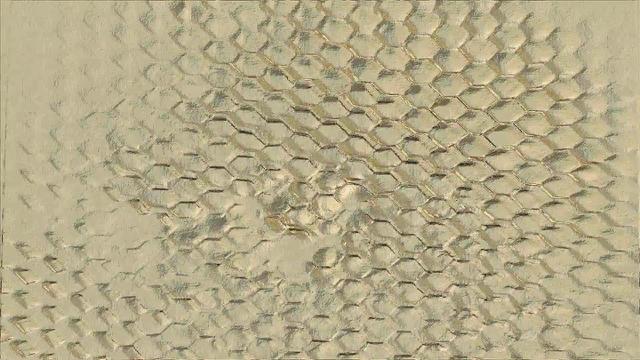 “Influenced by avantgarde artist-refugees from Europe, non-representational art dominated the art market after WW2 and pictorial comment on social conditions, popular before the war and still vital in some of Picasso’s work, went out of fashion. For the owners threatened by the appeal of socialism, it had become time to change the subject to pure aesthetics: ‘Rockefeller’s Paintings’ one MoMA show advertised. In a society that allows both non-religious and multi-religious thinking and where opposing beliefs can neutralize each other, an openness to new thinking is possible and a great development in the art did take place. END_OF_DOCUMENT_TOKEN_TO_BE_REPLACED