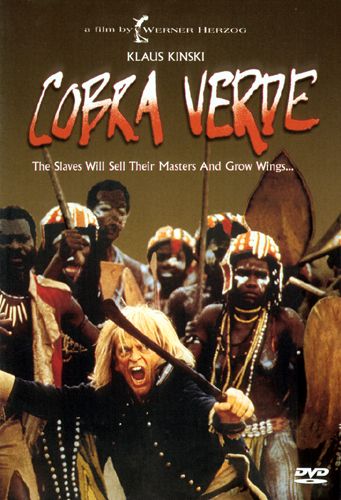 Plot from IMDB: The feared bandit Cobra Verde (Klaus Kinski) is hired by a plantation owner to supervise his slaves. After the owner suspects Cobra Verde of consorting with his young daughters, the owner wishes him gone. Rather than kill him,the owner sends Cobra Verde to Africa. The only white man in the area, Cobra Verde finds himself the victim of torture and humiliation. Later, he trains soldiers in a rebel army. Far from home, Cobra Verde is on the edge of madness. END_OF_DOCUMENT_TOKEN_TO_BE_REPLACED