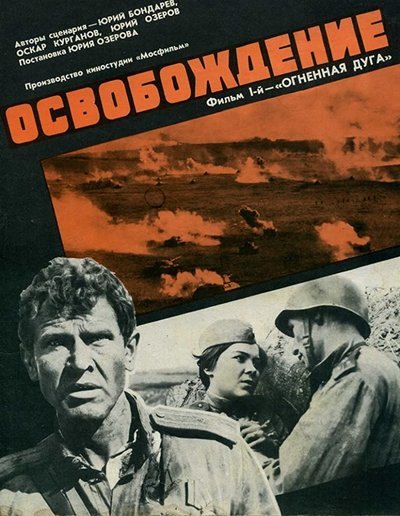 The five films are a dramatized account of the liberation of the Soviet Union’s territory and the subsequent defeat of Nazi Germany in the Great Patriotic War, focusing on five major Eastern Front campaigns: the Battle of Kursk, the Lower Dnieper Offensive, Operation Bagration, the Vistula–Oder Offensive, and the Battle of Berlin. END_OF_DOCUMENT_TOKEN_TO_BE_REPLACED