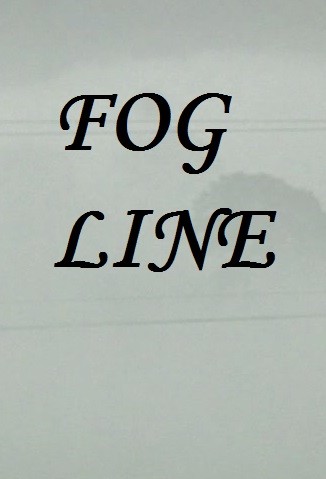 “It is a small but perfect film.”
– Jonas Mekas

“The metaphor in FOG LINE is so delicately positioned that I find myself receding in many directions to discover its source: The Raw and the Cooked? Analytic vs. Synthetic? Town & Country? Ridiculous and Sublime? One line is scarcely adequate to the bounty which hangs from fog & line conjoined.”
– Tony Conrad END_OF_DOCUMENT_TOKEN_TO_BE_REPLACED

Quote:
The long way around the barn never looked so good. Larry Gottheim composed BARN RUSHES from eight tracking shots tracing the same arc around a barn in different conditions. The fact that nothing changes makes it all the much more apparent that everything does: a meditative approach that Tony Conrad described as “a textbook of atmosphere, camera vision and lighting, as they relate personal concept to purely visual relationships.” The simplicity of the film’s structure echoes the functional design of the barn while simultaneously suggesting a distinctly cinematic equivalent to Claude Monet’s serial views of Rouen Cathedral. – Max Goldberg END_OF_DOCUMENT_TOKEN_TO_BE_REPLACED

Quote:
Radiating from the Darwinian text-fragments outward through the material is much pictorial and spoken signifying text having to do with issues such as communication, translation, dynamics of perception, art, science, isolation and social interaction etc. In a certain sense a meaning does arise from all of this. At the same time the endless groupings and regroupings of material suggest yet another realm of meaning. Finally it is the experience of our own selection of a pattern among the myriad richness of combining materials, superimposed on my own composed pattern, that opens up the real film–L. G. END_OF_DOCUMENT_TOKEN_TO_BE_REPLACED

Quote:
The final film of “Elective Affinities”. A central element is a documentary film about paranoid conditions. Another is a flow of images of an apple tree in my back yard filmed impulsively, without forethought, the opposite of the static camera of FOG LINE. The radical breaking with the previous passivity of the camera has deep psychological dimensions. That was the first thing that led me to bring the paranoid material into the zone of the tree footage. The elements of sound and image are closely matched to each other, frame by frame. Inserted in them at the heart of the film are images of children, Kenneth and Louise, from an instructional documentary about the seasons. Cries of cattle being auctioned and sent to the stockyards are also inserted. END_OF_DOCUMENT_TOKEN_TO_BE_REPLACED

One of the greatest if all-too-often overlooked landscape films in American cinema, Larry Gottheim’s HORIZONS displays a sensitivity to the seasons that seems more in keeping with Henry David Thoreau’s “Walden” than the typical nature documentary. HORIZONS was not only Gottheim’s first feature-length work, it was also his first film to deploy rhythmic editing after several single-shot works. Working with Virgil’s four-part poem “Georgics” and Antonio Vivaldi’s concertos “The Four Seasons” as models, Gottheim arranged his painterly compositions into four distinct sections, each edited according to its own exacting pattern. The seasonal flux thus informs both the form and content of the image, with the basic elements of trees, sky, hills and the occasional crisscrossing clothesline filmed in every imaginable light. The resulting work is at once rigorous and meditative: a film that demands repeated viewings but captures the eye from the first. – Max Goldberg END_OF_DOCUMENT_TOKEN_TO_BE_REPLACED 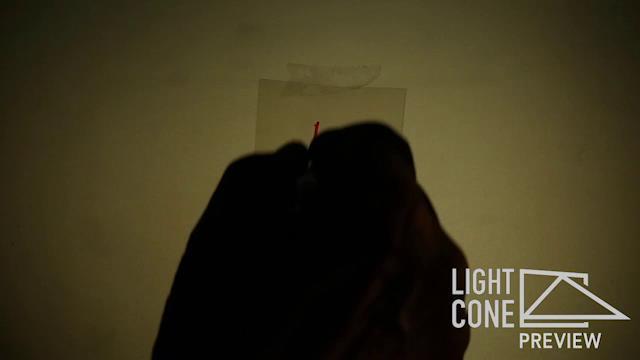 Quote:
“Knot” — wrapping things up, tying things up. “Not” – cross out, erasure. Material from a documentary about conductor Wilhelm Fürtwangler, material from a graffiti stencil work on a brick wall near where I live, a stencil of a girl writing something on the wall, what she wrote crossed out by another act of graffiti. These are the main elements. Also footage looking down at the water of Pearl Harbor with the ruins of battleship Arizona beneath. It had turned red with age. And some footage from Manchester the morning after the terrorists struck. All composed against a sound piece, a multiplication table repeated in four languages. END_OF_DOCUMENT_TOKEN_TO_BE_REPLACED