Based on the story by Honoré de Balzac. Caught in a storm, two young doctors book into an inn for the night and find themselves sharing a room with a Dutch diamond merchant. During the night Prosper steals from the merchant, but when he awakes in the morning he finds the merchant dead and his friend gone. When the stolen property is found on him he is arrested for the crime and executed. 25 years later the innkeeper’s daughter relates the tale to a traveler, who in turn later relates it at a dinner party. At that party is Frederic Taillefer, the missing friend and murderer. END_OF_DOCUMENT_TOKEN_TO_BE_REPLACED 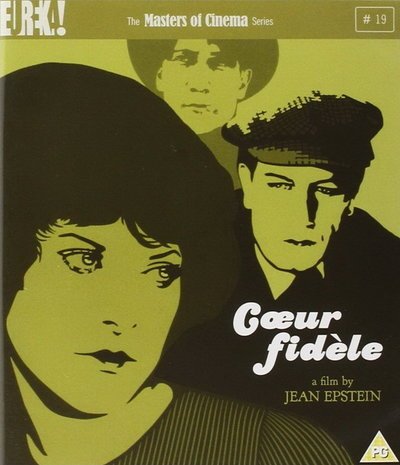 Quote:
In Coeur Fidèle’s accompanying 44-page booklet, Jean Epstein, at a 1924 address, argues his film as “romantic” rather than”realist”, the label with which Italian poet Ricciotto Canudo assigned it before his death. The truth is that Epstein’s largely unknown masterpiece provides a fascinating agreement of the two styles, oscillating with seamless precision between reverie and sincerity. Marie (Gina Manès) is in love with Jean (Léon Mathot), a kind-hearted man who works on the Marseille docklands, but Marie’s adoptive parents want to marry her off to the obnoxious and unemployed drunk Petit Paul (Edmond Van Daële), and the scene is set for a sensational melodrama to unfold. END_OF_DOCUMENT_TOKEN_TO_BE_REPLACED