Quote:
A documentary on the chaotic production of Werner Herzog’s epic Fitzcarraldo (1982), showing how the film managed to get made despite problems that would have floored a less obsessively driven director.

Quote:
Les Blank’s “Burden of Dreams” is one of the most remarkable documentaries ever made about the making of a movie. There are at least two reasons for that. One is that the movie being made, Werner Herzog’s “Fitzcarraldo,” involved some of the most torturous and dangerous on-location shooting experiences in film history. The other is that the documentary is by Les Blank, himself a brilliant filmmaker, who is unafraid to ask difficult questions and portray Herzog, warts and all. END_OF_DOCUMENT_TOKEN_TO_BE_REPLACED 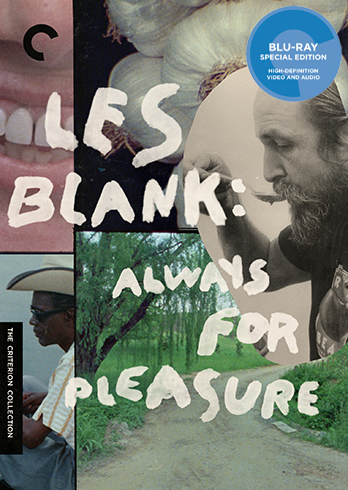 Quote:
The great Texas bluesman Lightnin’ Hopkins is captured brilliantly in this deeply moving film. Blank reveals Lightnin’s inspiration, and features a generous helping of classic blues. Includes performances at an outdoor barbeque and a black rodeo; and a visit to his boyhood town of Centerville, Texas. This powerful portrait is among Blank’s special masterworks. END_OF_DOCUMENT_TOKEN_TO_BE_REPLACED