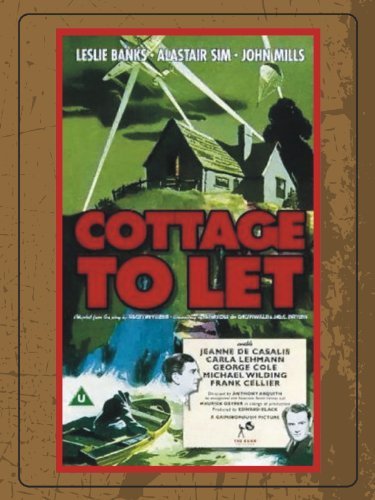 Plot:
Upper class Mrs. Barrington (Jeanne de Casalis) takes in two child evacuees from London, including cocky teenager Ronald (George Cole), lodging them in a cottage she owns. However, it has already been let to annoyingly inquisitive Charles Dimble (Alastair Sim). To compound the confusion, Mrs. Barrington had also agreed to allow it to be converted into a military hospital. Spitfire pilot Flight Lieutenant Perry (John Mills) parachutes into the nearby loch and becomes the first patient, tended by Mrs. Barrington’s pretty daughter Helen (Carla Lehmann). Mrs. Barrington moves Ronald to the main house, while Dimble and Perry remain in the cottage. END_OF_DOCUMENT_TOKEN_TO_BE_REPLACED

Synopsis:
Laurence Olivier’s adaptation of Henry V is one of the finest Shakespeare films ever made, full of rousing action, beautiful colors and passionate performances. Henry V is the story of the newly crowned king of England who fights the French for possession of Normandy. Olivier’s direction is inventive, beginning the film as if it were a performance at the Globe Theatre, and having it slowly expand so the final battle scenes take place in realistic settings. Released in 1944 during the height of World War II, Henry V didn’t receive an American release until 1946, upon which Olivier won a special Academy Award for “his outstanding achievement as actor, producer and director in bringing Henry V to the screen.”
— Stephen Erlewine END_OF_DOCUMENT_TOKEN_TO_BE_REPLACED

Quote:
Bob (Leslie Banks) and Jill Lawrence (Edna Best) are on a winter sports holiday with their teenage daughter. When their friend Louis Bernard is shot whilst dancing with Jill, he tells Bob of an assassination about to take place in London.

Fearing that their plot will be revealed, the assassins kidnap their daughter in order to keep the Lawrence’s quiet.
Bob and Jill return to London and take matters into their own hands.
In this movie we can beside Leslie Banks and Edna Best also see Peter Lorre. END_OF_DOCUMENT_TOKEN_TO_BE_REPLACED 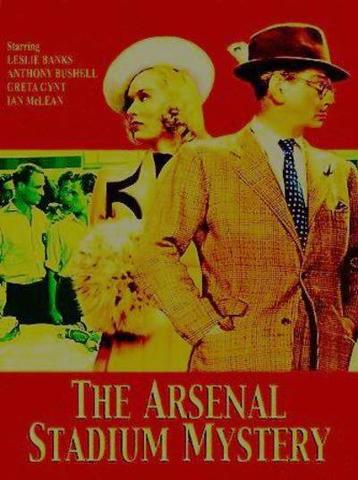 IMDb user:
There are several reasons to relish this curio. It was an apprentice work by Thorold Dickinson, the Hitchcock assistant and cutter who would shoot “Gaslight” and “The Queen of Spades” before becoming Britain’s first professor of film. It is one of the earliest sports movies to feature real sportsmen – acting very woodenly, as befits stiff-upper-lip soccer stars. It is anchored by a mischievously eccentric performance by Leslie Banks, who a few years later was to be the magnificent Chorus of Olivier’s “Henry V”. END_OF_DOCUMENT_TOKEN_TO_BE_REPLACED