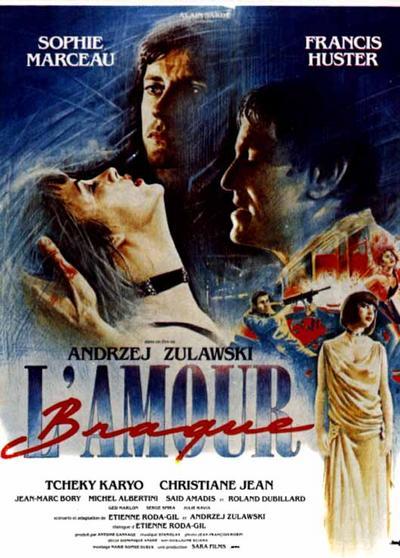 Synopsis:
Inspired by Fyodor Dostoyevsky’s The Idiot and intended as “a homage to the great writer,” this film is set in modern France rather than 19th century Russia. This is a story of Léon (Francis Huster), who has been recently released from a mental asylum and claims to be a descendant of a Hungarian prince. On his way from Hungary to France, he meets Mickey (Tchéky Karyo), a hood who has committed a successful bank robbery and plans to take brutal revenge on the brothers Venin for what they did to his girlfriend Mary (Sophie Marceau). Léon can hardly understand what Mickey is up to but he follows him everywhere and soon falls in love with Mary. This odd love triangle resolves in a tragic ending. The frantic pace of the film’s action can be compared to that of a runaway, hell-bound train. The colors and sounds go out of control, and violence abounds — all of which is intended to convey to a viewer the craziness of the time.
— (allmovie) END_OF_DOCUMENT_TOKEN_TO_BE_REPLACED