Burned-out, over-the-hill actor Giovanni returns to Bologna for the funeral of his twin, Pippo, a wealthy suicide unlucky in love. The family tells Pippo’s mother it was an accident, but there’s a problem: Vanda, Pippo’s one-time fiancée, won’t grieve and refuses to come to the funeral. At a family dinner, Vanda talks about the note Peppo left. Again the family tries to keep mom in the dark. They assign Giovanni to persuade Vanda to keep up appearances. He sees her unhappy relationship with her father, who suspects her of sleeping with a doctor. Why she sees the doctor, how Giovanni and she deal with their mutual attraction, and his rebirth become the film’s focus. END_OF_DOCUMENT_TOKEN_TO_BE_REPLACED

Quote:
In a small town outside of Barcelona, Spain, José Maria is a teenager with a big problem, he imagines that he is really a woman. While he begins to show his desire to be a woman through his appearance, the reactions within his household make things more difficult for him. His rude father is a male chauvinist who, afraid of his son’s softness, puts him to work chopping wood. Then, his father takes him to a cabaret show, to expose José Maria to women. However at a show, José Maria is exposed to a dancer named Bibi, who is a transgender woman, for the first time. END_OF_DOCUMENT_TOKEN_TO_BE_REPLACED

Plot
Artist Renato, a man with murderous intentions, meets Monica, a young university student who lives in a dismal house in the Lombard suburbs. But all is not as it seems. Fractured memories, voices from the past… END_OF_DOCUMENT_TOKEN_TO_BE_REPLACED

Quote:
Tormented by twisted desires, a young man takes drastic measures to rid his grotesquely dysfunctional family of its various afflictions in this astonishing 1965 debut from Marco Bellocchio. Charged by a coolly assured style, shocking perversity, and savage gallows humor, Fists in the Pocket (I pugni in tasca) was a gleaming ice pick in the eye of bourgeois family values and Catholic morality, a truly unique work that continues to rank as one of the great achievements of Italian cinema. END_OF_DOCUMENT_TOKEN_TO_BE_REPLACED

Quote:
In Love Is the Beginning of All Terror the paradoxical politics of emotion are parodied when two liberated, though jealous, women vie for the same man and perform for his gaze. The film addresses the oppressive structures that shape interpersonal relations as well as collective histories commented on in a voice-over. END_OF_DOCUMENT_TOKEN_TO_BE_REPLACED 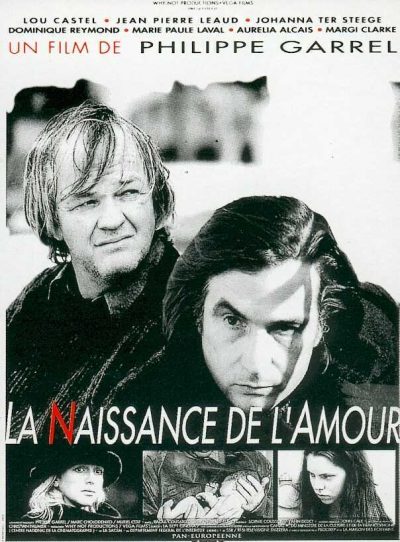 A dispassionate and bedraggled middle-aged actor named Paul (Lou Castel) bids a polite farewell to the lady of the house, Hélène (Dominique Reymond) before setting out into the street, accompanied by his solemn and equally impassive host Markus (Jean-Pierre Léaud) to the local convenience store to purchase a pack of cigarettes before saying goodbye to his old friend for the evening. Seeking to break the pensive silence of their evening walk, Paul steers their idle conversation into a conduit for personal reflection on Markus’ seemingly life-altering moment when he first met Hélène, a question that Markus – perhaps betraying an insecurity over the tenuous state of his relationship with her – responds to the question with initial, guarded skepticism, before proceeding to tell the genial anecdote of Hélène’s forwardness in her suggestive, inviting remark that had serve to validate their coy, thinly veiled pursuit of mutual seduction during their second encounter. However, a succeeding conversation between the couple reveals Hélène’s increasing apathy towards the cultivation of their relationship as Markus attempts to elicit a validation of her love for him to no avail, disguising their failed, awkward intimacy through the mundane rituals of the kitchen and random comments about the war. END_OF_DOCUMENT_TOKEN_TO_BE_REPLACED