Depressed Alain Leroy leaves the clinic where he was detoxified. He meets friends, acquaintances and women, trying to find a reason to continue living. Will this help him? END_OF_DOCUMENT_TOKEN_TO_BE_REPLACED

As France is nearing the end of the first Indochina War, an open-minded teenage boy finds himself torn between a rebellious urge to discover love, and the ever-present, almost dominating affection of his beloved mother. END_OF_DOCUMENT_TOKEN_TO_BE_REPLACED

Quote:
Malle’s first feature, a straightforward but classy thriller about an ex-paratrooper’s attempt to dispose of his mistress’ tycoon husband in a perfect murder. It became associated with the early excitements of the nouvelle vague mainly through the performances of Ronet (playing a prototype of the disgruntled Vietnam veteran) and Moreau (who does some moody solo wandering in the streets searching for her missing lover). The ingenious plot, using a malfunctioning lift as its deus-ex-machina, has one carefully plotted murder conjure another as its shadow image. But the cement holding the film together is really the splendid jazz score improvised by Miles Davis. END_OF_DOCUMENT_TOKEN_TO_BE_REPLACED

Quote:
Malle later said that the film was his most personal work and the one he was most proud of, it is widely regarded as the crowning achievement of his career. It was initially inspired by a two-month trip to India in late 1967 that Malle made on behalf of the French Ministry of Foreign Affairs to present a selection of “new French cinema” throughout the country. Filming took place between January 5, 1968 and May 1, 1968 with a crew of two, a cameraman and a sound recordist. Malle arrived in India with no particular plans and financed the trip himself. The resulting 30 hours of footage was then edited down to the 363 minutes of Phantom India. The 105-minute long Calcutta used the footage he had recorded over his three-week stay in that city. Phantom India was shown on French television and the BBC in the UK in 1969.[2][3] Many British Indians and the Indian Government felt that Malle had shown a one-sided portrait of India, focussing on the impoverished, rather than the developing, parts of the country. A diplomatic incident occurred when the Indian government asked the BBC to stop broadcasting the programme. The BBC refused and were briefly asked to leave their New Delhi bureau. END_OF_DOCUMENT_TOKEN_TO_BE_REPLACED

In 1917, in the red light district Storyville, New Orleans, the prostitute Hattie lives with her twelve year-old daughter Violet in the fancy brothel of Madame Nell, where she works. Photographer Ernest J. Bellocq has an attraction to Hallie and Violet and he is an habitué of the whorehouse. One day, Madame Nell auctions Violet’s virginity and the winner pays the fortune of US$ 400 to spend the night with the girl. Then Hattie marries a wealthy client and moves to Saint Louis, leaving Violet in the brothel alone. Violet decides to marry Bellocq and she moves to his house. Until the day that Hattie, who has overcome her past, comes to Bellocq’s house with the intention to take Violet with her. END_OF_DOCUMENT_TOKEN_TO_BE_REPLACED 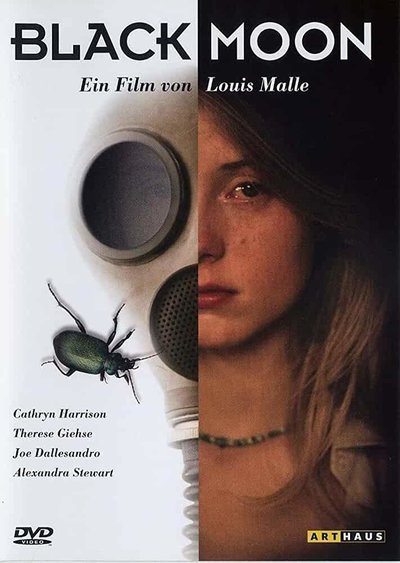 Synopsis:
Louis Malle meets Lewis Carroll in this bizarre and bewitching trip down the rabbit hole. After skirting the horrors of a mysterious war being waged in the countryside, beautiful young Lily (Cathryn Harrison) takes refuge in a remote farmhouse, where she becomes embroiled in the surreal domestic life of an extremely unconventional family. Evocatively shot by cinematographer Sven Nykvist, Black Moon is a Freudian tale of adolescent sexuality set in a postapocalyptic world of shifting identities and talking animals. It is one of Malle’s most experimental films and a cinematic daydream like no other.
— Criterion Collection. END_OF_DOCUMENT_TOKEN_TO_BE_REPLACED

SYNOPSIS
The film style of Robert Bresson is the subject of this documentary tribute to the French director and screenwriter, and to his minimalist auteur films about sensitive individuals (or even animals) trying unsuccessfully to survive in a cruel world. Weg Naar Bresson is divided into several segments with specific themes, such as “camera” or “theory,” that are illustrated by film clips, and interviews with Bresson himself (a coup), and also with acclaimed directors Andrei Tarkovsky, Louis Malle, and Paul Schrader (who also wrote a book on three directors, including Bresson).