Synopsis by Hal Erickson
Given the usual pedestal upon which mothers were placed by MGM head Louis Mayer, it’s all the more amazing that Mayer gave the go-ahead for Another Language. Louise Closser Hale plays a domineering matriarch who controls the lives of her grown, married sons, using a fabricated heart condition to keep them in line. Helen Hayes marries youngest son Robert Montgomery, only to sit by in mute horror as Mother exerts her authority over her timorous offspring at a weekly family get-together. At the end, only Hayes and Montgomery’s nephew John Beal have the courage to break the apron strings, but not without the formidable opposition of Monster Mom. Based on the Broadway play by Rose Franken, Another Language represented the screen debut of Margaret Hamilton, recreating the supporting role she’d played on stage. END_OF_DOCUMENT_TOKEN_TO_BE_REPLACED 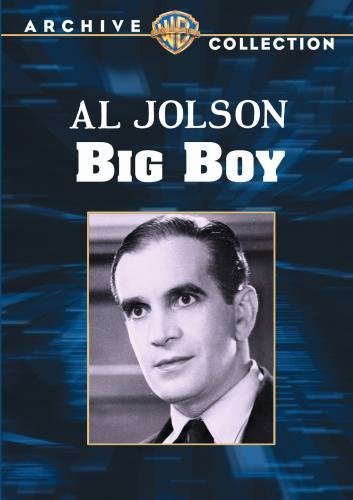 Plot: If faithful Gus can only help the racehorse BIG BOY to win the Kentucky Derby the white folks who employ him will be saved from financial ruin.
Strange, offbeat, bizarre, unique. All of these terms can describe this film which features legendary entertainer Al Jolson in blackface, playing a black man. While acted with tongue very firmly planted in cheek, and meant solely for lighthearted entertainment, this movie will definitely not be to every viewer’s taste. Not until the final minutes does Jolson appear as himself, joking with the audience and reprising the film’s dullest song yet once again. END_OF_DOCUMENT_TOKEN_TO_BE_REPLACED