Plot Synopsis
from IMDB
The protege of a famous cat burglar reluctantly agrees to join forces with a lesser criminal in the daring heist of several famous jewels from a seemingly impenetrable vault. END_OF_DOCUMENT_TOKEN_TO_BE_REPLACED

Synopsis:
The story follows the decadent heir Henri de Marsay, who becomes enamored of the eponymous beauty, Paquita Valdes, and plots to seduce her. He succeeds but becomes disillusioned when he discovers she is also involved with another lover and so plots to murder her. When he arrives to kill her, he discovers that she is already dead by the hand of her lover, his half-sister. She declares that Paquita came from a land where women are no more than chattels, able to be bought and used in any way. In the last lines of the story, de Marsay tells a friend that the girl has died of “something to do with the heart.” END_OF_DOCUMENT_TOKEN_TO_BE_REPLACED

The dictatorship forced thousands of Argentines to leave their country and settle in different corners of Europe. This film follows the daily routine of a community of Argentine exiles in Paris. While waiting to return to Argentina, the days pass and liven up the wait with the tangos, which were the exile of Gardel and now represent the only connection of these people with the land that saw them born. END_OF_DOCUMENT_TOKEN_TO_BE_REPLACED 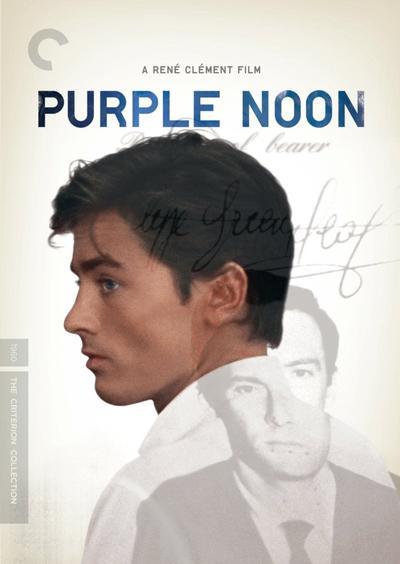 Quote:
Purple Noon is a taut, intelligently written, and well crafted film about an amoral criminal. Tom Ripley (Alain Delon), commissioned to find and bring home an old school acquaintance named Philippe Greenleaf (Maurice Ronet), the errant son of a wealthy San Francisco businessman, is quickly seduced by the lifestyle of the idle rich. Without independent means, the parasitic Tom immediately leeches onto the squandering, philandering Philippe, who only seems too eager to flaunt his wealth and humiliate him. Soon, Tom’s pervasive presence turns a leisurely yachting cruise with Philippe’s girlfriend, Marge (Marie Laforet), into a claustrophobic nightmare. After instigating an argument between the two lovers, causing Marge to leave, Tom sets his plot in motion to assume Philippe’s identity. Purple Noon is a highly stylized and insidiously clever film on committing the perfect crime. END_OF_DOCUMENT_TOKEN_TO_BE_REPLACED 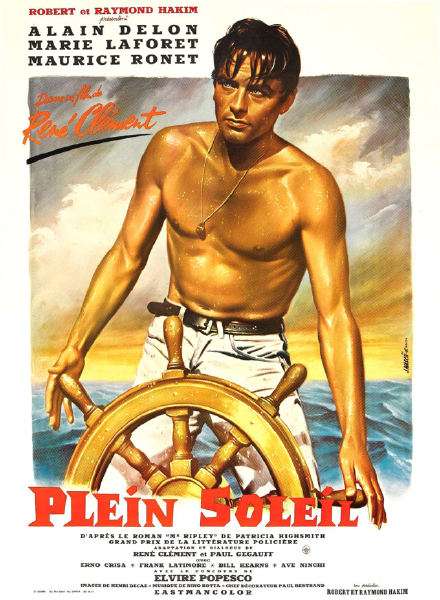 Synopsis:
‘Tom Ripley and Philippe Greenleaf are lately inseparable friends. They’re both idling in Europe, but on papa Greenleaf’s dime. Philippe’s fiancee Marge feels sorry for Tom but resents his presence, while Philippe’s other friend, Freddie, considers Tom Ripley a worthless moocher. But there’s more to Tom Ripley, the mimic, the forger, the talented criminal improviser, than anyone, even Tom Ripley himself, can guess.’
– J. Spurlin (IMDb) END_OF_DOCUMENT_TOKEN_TO_BE_REPLACED

This South American adventure drama finds Charles (Charles Aznavour), a youthful
Frenchman traveling to Paraguay to start a new life. Seeking out a rich uncle, the
idealistic nephew is rejected by his miserly relation, and he goes on to get involved with
a shady woman and a band of gun runners who supply arms for the revolution of the
week. Charles and his new girlfriend head for the border after a shootout with federal
troops, and a kindly railroad worker hides the couple in an abandoned copper mine.
Charles is later thrown in prison while the girl becomes a concubine, but her violator is
killed when Charles escapes to rescue her and exact revenge. A pretty harrowing
composition could be written by the young couple on “How I Spent My Summer
Vacation.” ~ Dan Pavlides, Rovi END_OF_DOCUMENT_TOKEN_TO_BE_REPLACED