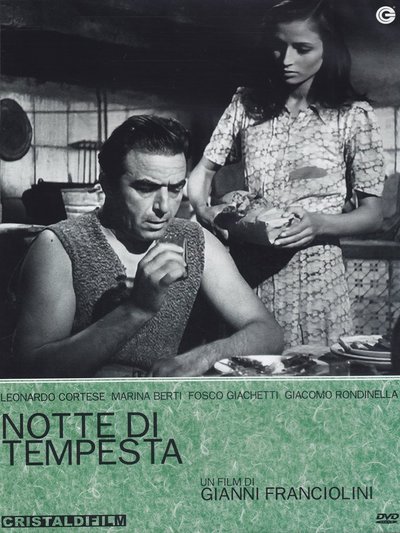 The story is taken from the drama “I Pescatori” (The Fishermen) by Raffaele Viviani, and is set in a fishing island off the coast of Naples (clearly identifiable with Ischia). Here lives Concetta, a widow with two children, who now lives with another man who however secretly lusts after his stepdaughter until when, on a stormy night… END_OF_DOCUMENT_TOKEN_TO_BE_REPLACED

SYNOPSIS
During War World II, Vittorio De Sica was approached by Goebbels to help relaunch the Italian film industry under the auspices of Musolini’s puppet regime. In order to escape collaboration with the Nazis, De Sica quickly invented the project “La porta del cielo” a film about religious miracles funded by the Vatican. Appalled by their plight during the German occupation of Rome, De Sica cast many Jews in the film to spare them from Nazi persecution, extending the shoot until the American allies arrived in the capital. END_OF_DOCUMENT_TOKEN_TO_BE_REPLACED