A follow-up to his 1995 television documentary A Personal Journey With Martin Scorsese Through American Movies, Martin Scorsese’s My Voyage to Italy (Il Mio Viaggio in Italia) is a thrilling trip through six decades of seminal, great and near-great Italian films so dear to the celebrated Sicilian-American filmmaker. Easing us through a rich cornucopia of high-quality, largely black-and-white clips, Scorsese, who serves as an eloquent and lucid onscreen and offscreen commentator, makes highly personal and not always popular choices. Still, even when the clips are unfamiliar, the New York-based director, whose Gangs of New York is scheduled for release early next year, conveys with passion and clarity why these films are important to him and should be to us. END_OF_DOCUMENT_TOKEN_TO_BE_REPLACED

Rolling Thunder Revue: A Bob Dylan Story by Martin Scorsese’ captures the troubled spirit of America in 1975 and the joyous music that Dylan performed during the fall of that year. Part documentary, part concert film, part fever dream, ‘Rolling Thunder’ is a one of a kind experience, from master filmmaker Martin Scorsese. END_OF_DOCUMENT_TOKEN_TO_BE_REPLACED

Quote:
A mentally unstable Vietnam war veteran works as a nighttime taxi driver in New York City where the perceived decadence and sleaze feeds his urge to violently lash out, attempting to save a teenage prostitute in the process. END_OF_DOCUMENT_TOKEN_TO_BE_REPLACED

Narrator: Martin Scorsese.
Nowhere else on television is such a genuine love for filmmaking consistently on display as in the Turner Classic Movie documentaries, especially when they have the audacity to stretch beyond household-name stars and directors. So it is with Martin Scorsese’s heartfelt tribute to Val Lewton, the producer responsible for such movie-buff fare as “Cat People” and “I Walked With a Zombie.” As always, the doc is linked to a retrospective of the subject’s work, and “The Man in the Shadows” more than achieves its objective of stoking interest in Lewton’s filmography. END_OF_DOCUMENT_TOKEN_TO_BE_REPLACED 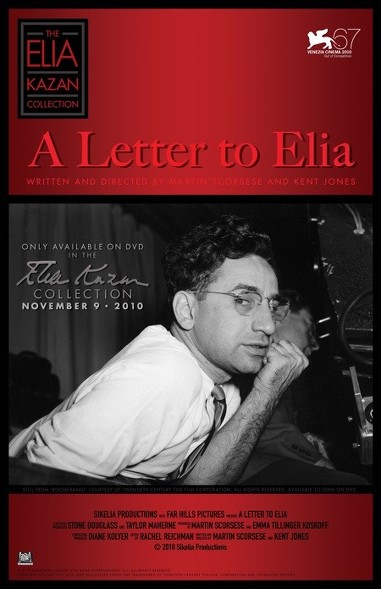 A very personal film by Martin Scorsese about the role of films Elia Kazan for the American cinema and for him personally.
Additionally, attending twenty-minute interviews with the actors who starred in Kazan’s movies, and his wife. END_OF_DOCUMENT_TOKEN_TO_BE_REPLACED