Debut director Mia Hansen-Love turns seemingly random slices from the life of a disintegrating family unit into a remarkably graceful, natural film about what it is to be human. Perhaps the most persuasive aspect of this hopeful parable of failure is the way casting, acting, script, and camerawork conspire to usher us into an immediately believable world which is observed with a painterly eye yet never seems staged. END_OF_DOCUMENT_TOKEN_TO_BE_REPLACED

December 2012. After four months in captivity in Syria, two French reporters are released.
Gabriel, the younger one, is just shy of 30.
Following a day of interrogations and medical exams, Gabriel is allowed to see his loved ones: his father, his ex- girlfriend Naomi… His mother lives in India, where he grew up. She has cut ties with everyone.
A few weeks later, unable to find his bearings, Gabriel decides to leave for India. He moves into his childhood home in Goa, and meets Maya, a young Indian girl. END_OF_DOCUMENT_TOKEN_TO_BE_REPLACED 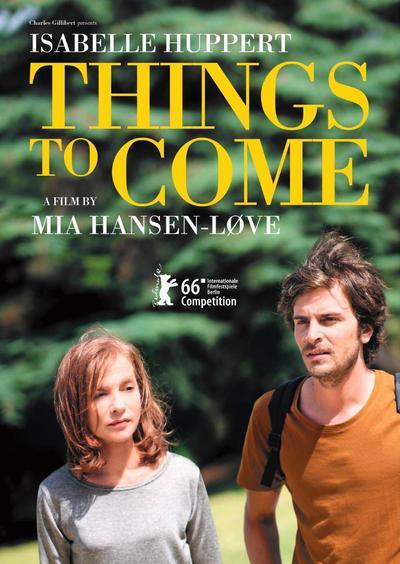 Quote:
Nathalie teaches philosophy at a high school in Paris. She is passionate about her job and particularly enjoys passing on the pleasure of thinking. Married with two children, she divides her time between her family, former students and her very possessive mother. One day, Nathalie’s husband announces he is leaving her for another woman. With freedom thrust upon her, Nathalie must reinvent her life. END_OF_DOCUMENT_TOKEN_TO_BE_REPLACED