The story of the conception of a new British weapon for smashing the German dams in the Ruhr industrial complex and the execution of the raid by 617 Squadron ‘The Dam Busters’. END_OF_DOCUMENT_TOKEN_TO_BE_REPLACED 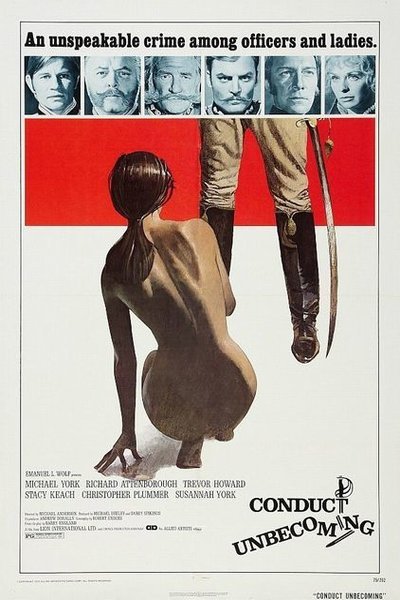 Synopsis:
A company of British soldiers in colonial India is shaken when the widow of their most honored hero is assaulted. A young officer must defend a fellow lieutenant from the charges in an unusual court-martial, while investigating the deepening mystery behind the attack. END_OF_DOCUMENT_TOKEN_TO_BE_REPLACED

Synopsis:
London officials learn of a plan by Nazis to create new, more destructive missiles during World War II. Working quickly to stop the potentially catastrophic movement, the prime minister calls for an immediate investigation. Three experts (George Peppard, Jeremy Kemp, Tom Courtenay) are instructed to enter Germany and inspect a plant that is believed to hold the explosives. The men pose as German soldiers in a mission that may save England, but not without consequences. END_OF_DOCUMENT_TOKEN_TO_BE_REPLACED

A classic Jules Verne adaptation.
English nobleman Phileas Fogg, a very strict and emotionless man, gets
wound up in a bet at his gentlemen’s club: He has to prove that it is
possible to travel around the whole world in only 80 days. Together with
his new butler Passepartout, who expected a different first day at work,
he takes off instantly to Paris, where they miss the train to
Marseilles. But a travel agent called Thomas Cook offers them his
captive balloon, which carries them to Spain instead. Passepartout’s
skills are necessary in a bullfight in order to get them a ship that
should take them back onto their planned route. END_OF_DOCUMENT_TOKEN_TO_BE_REPLACED

Why has total stranger Richard Todd shown up at the villa of wealthy Anne Baxter? Why does he claim to be her long-lost brother? Is Todd planning to finagle Baxter out of her inheritance? Is someone going to end up seriously dead? The answers to these questions can be found in Chase a Crooked Shadow, a confounding chiller with more than a few adroit plot twists. Before the film has run its course, we learn that the true villain is not necessarily whom it appears to be–nor is the heroine all that she seems. END_OF_DOCUMENT_TOKEN_TO_BE_REPLACED