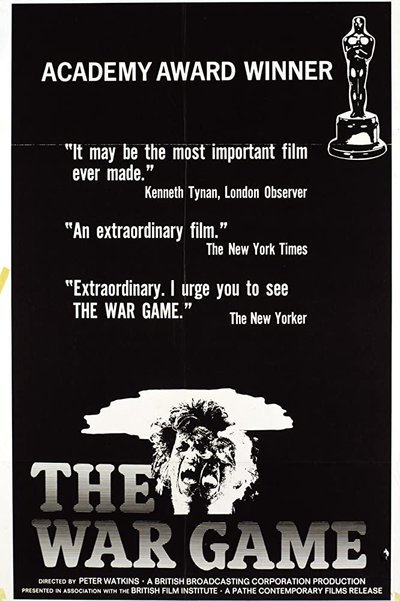 Peter Watkins’ The War Game, which was filmed in handheld documentary fashion, speculates on the aftereffects of a nuclear war. Some of the images are almost impossible to look at; they truly illustrate the theory that, in the wake of such a holocaust, the living will envy the dead. The most heart-wrenching scene is the simplest. Asked what he wants to be when he grows up, a sullen young boy, physically unhurt but with obviously deep emotional scars, mutters “I don’t want to be nothin’.” Filmed for BBC television, The War Game was rejected by that august concern as being too graphic. The 47-minute film was released to theatres, making it eligible for the Best Documentary Academy Award, which it won in 1966 END_OF_DOCUMENT_TOKEN_TO_BE_REPLACED