Renoir (2012)
Set on the French Riviera in the summer of 1915, Jean Renoir — son of the Impressionist painter, Pierre-Auguste — returns home to convalesce after being wounded in World War I. At his side is Andrée, a young woman who rejuvenates, enchants, and inspires both father and son. END_OF_DOCUMENT_TOKEN_TO_BE_REPLACED 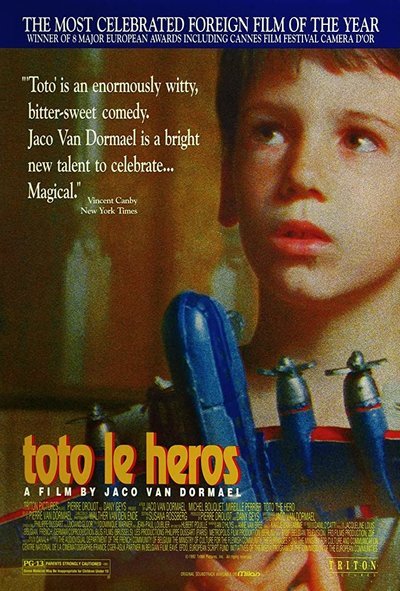 Thomas and Alfred were born around the same time; a fire in the nursery had nurses scrambling to save the newborns. Because he felt that he deserved Alfred’s good fortune at being born into a wealthy family, Thomas conceives the idea that he and Alfred were switched at birth, and he can’t help seeing that his unhappiness should be Alfred’s, from the loss of his sister to his inability to have a relationship with the woman Evelyne. So, as his life is ending, he formulates a plan of revenge against his bitter enemy, his lifetime adversary, the man who stole his existence. END_OF_DOCUMENT_TOKEN_TO_BE_REPLACED

Synopsis(from All Movie Guide):
Living a dismal life taking care of his uncommunicative and nearly blind father, Vincent (Fabrice Luchini), a sculptor, tries to make life better for himself but fails for a variety of reasons. END_OF_DOCUMENT_TOKEN_TO_BE_REPLACED

Synopsis
The very modest lawyer (Jean-Louis Trintignant) in this case of murder finds much more than he is looking for and then must decide what to do with the unwelcome information. He is defending a woman who is accused of killing her lover. It turns out that the lover was actually killed during a holdup, and was a member of a gang which did bullying favors for local politicians; and the trail doesn’t end there.

Quote:
This Francois Truffaut thriller is based on a novel by William Irish (aka Cornell Woolrich), whose books had been adapted by Alfred Hitchcock on many previous occasions. Jeanne Moreau stars as a woman whose fiancé is nastily murdered by five men. Utilizing a series of disguises, the cool-customer Moreau tracks down all five culprits, sexually enslaves them, and then engineers their deaths. The ominous musical score was written by Bernard Herrmann, another frequent Hitchcock collaborator. The Bride Wore Black was initially released in France as La Mariee etait en Noir. — Hal Erickson END_OF_DOCUMENT_TOKEN_TO_BE_REPLACED

Ten years after the liberation of the Nazi concentration camps, filmmaker Alain Resnais documented the abandoned grounds of Auschwitz. One of the first cinematic reflections on the horrors of the Holocaust, Night and Fog (Nuit et brouillard) contrasts the stillness of the abandoned camps’ quiet, empty buildings with haunting wartime footage. With Night and Fog, Resnais investigates the cyclical nature of man’s violence toward man and presents the unsettling suggestion that such horrors could come again. END_OF_DOCUMENT_TOKEN_TO_BE_REPLACED