Quote:
A magnate and his younger wife hire David to teach guitar to their teenage daughter. The wife quickly seduces David, and simultaneously he strikes up an acquaintance with the family’s inquisitive neighbor. One night, David is mugged but rescued from injury by a stranger, Daniel, who also becomes David’s friend and admits to being a hit man. Video tapes of their activities appear in the lovers’ mail; David thinks they’re from the neighbor, Daniel is sure the husband is onto the affair and hired the mugger. After Daniel tells David that he’s been hired to kill the husband, an elaborate manipulation plays out, with murder, suicide, a payoff, more videos, and a surprise pairing. END_OF_DOCUMENT_TOKEN_TO_BE_REPLACED

Plot Synopsis:
Two very violent men have conspired to steal a valuable solid gold image of an African deity from the museum in Mali where it is being kept. They had it smuggled out with a number of well-made but very cheap replicas. The plan was to give each of the replicas to the members of a new squash club as a diversion, and profit from the original (worth $1 million) themselves. There is a slip-up, however, and the real statue goes to one of the players. The deliveryman now has to track down all the statues, and in this antic caper comedy, that’s easier said than done. – Allmovie END_OF_DOCUMENT_TOKEN_TO_BE_REPLACED

In post-revolutionary France, two neighbouring aristocrats (Nicole Garcia and Jean-Pierre Marielle) embark on a dangerous game when they agree to help a Polish agent. END_OF_DOCUMENT_TOKEN_TO_BE_REPLACED

Like Deville’s best films, this has an eccentric relationship at the heart of the plot, vertiginous cutting and a dance-like fluidity of texture. END_OF_DOCUMENT_TOKEN_TO_BE_REPLACED 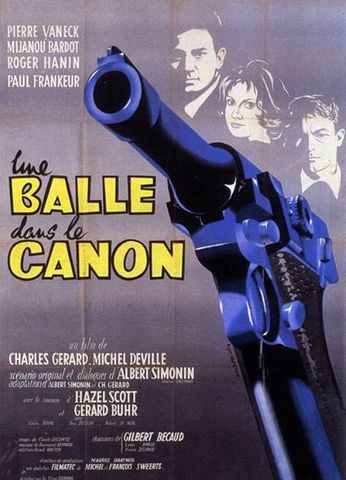