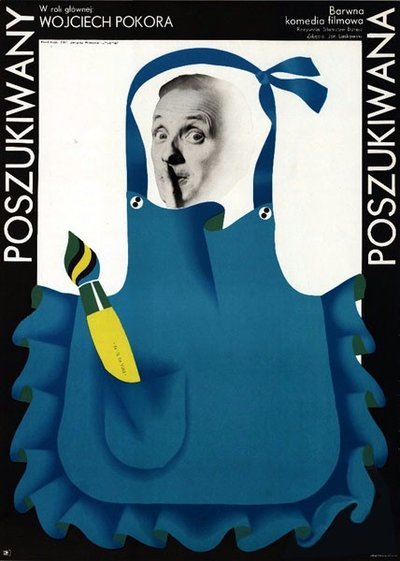 Quote:
Stanisław, a worker at an art museum in Warsaw, is accused of stealing a painting from the store room. His boss gives Stanisław a 24-hour deadline to return it, or face a jail sentence. Since he does not possess the painting, he decides to go into hiding – by dressing up as a woman, Maria. He gets a job as housemaid – despite knowing little about cleaning a house – but a succession of amorous husbands, difficult children, and eccentric bosses drives him from one job to the next. The film, a nudge at Polish society in communist times, is a tragic-comedic reminder of what it was like to live in those times. END_OF_DOCUMENT_TOKEN_TO_BE_REPLACED