Quote:
As the clouds of war spread over Russia during Germany’s surprise invasion in 1941, the fervent young lovers, the sensitive Veronika and the stalwart Boris, are parted when the patriotic lad secretly volunteers for the war effort. During the following hard years, Veronika who serves her country as a wartime-nurse will lose communication with Boris, moreover, when a devastating air raid destroys her house and Boris’ father takes her in to live with the family, unexpectedly, things will take a turn for the worse. Before long, the worried fiancée will find herself dealing not only with the dark thoughts of Boris’ potential loss but also with the burden of an unwelcome decision. Once, the star-crossed lovers swore eternal devotion under a flock of flying cranes, still, a war is always cruel and eternally disastrous. END_OF_DOCUMENT_TOKEN_TO_BE_REPLACED

Quote:
Based on a play by V. Rusov, this Russian film is a love story set during the early years of WWII. Widowed by the war, Tatyana Samoylova reluctantly marries her late husband’s cousin, hoping that he’ll be a surrogate for her fallen spouse. END_OF_DOCUMENT_TOKEN_TO_BE_REPLACED

Synopsis:
Veronika and Boris come together in Moscow shortly before World War II. Walking along the river, they watch cranes fly overhead, and promise to rendezvous before Boris leaves to fight. Boris misses the meeting and is off to the front lines, while Veronika waits patiently, sending letters faithfully. After her house is bombed, Veronika moves in with Boris’ family, into the company of a cousin with his own intentions. END_OF_DOCUMENT_TOKEN_TO_BE_REPLACED

This film is based on the eponymous book by Valery Osipov. Four geologists are searching for diamonds in the wilderness of Siberia. After a long and tiresome journey they manage to find their luck and put the diamond mine on the map. The map must be delivered back to Moscow. But on the day of their departure a terrible forest fire wreaks havoc, and the geologists get trapped in the woods. END_OF_DOCUMENT_TOKEN_TO_BE_REPLACED

Summary:
The autumn of 1941. Leningrad is besieged by the Nazis. A new model of tank is being developed at a large defense plant. Built in the shortest possible time combat vehicles are tested directly on battlefields, fighting with fascists in the outskirts of the city.
The first feature film about the heroic everyday life of city defenders was shot directly in assembly shops of plants and in the streets of Leningrad when the city was fighting against the enemy END_OF_DOCUMENT_TOKEN_TO_BE_REPLACED 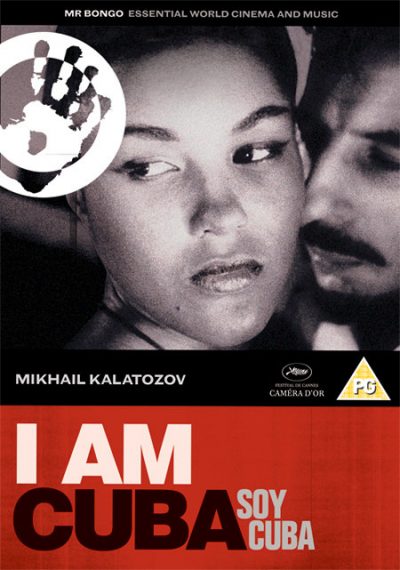 Synopsis (From IMDB)
Four vignettes in Batista’s Cuba dramatize the need for revolution; long, mobile shots tell almost wordless stories. In Havana, Maria faces shame when a man who fancies her discovers how she earns her living. Pedro, an aging peasant, is summarily told that the land he farms has been sold to United Fruit. A university student faces down a crowd of swaggering U.S. sailors and then watches friends shot by police when they try to distribute a pro-Castro leaflet. The war arrives on the doorstep of peasants Mariano, Amelia, and their four children when Batista’s forces bomb the hills. Mariano wants peace, so he seeks out the guerrillas to join the fight. END_OF_DOCUMENT_TOKEN_TO_BE_REPLACED Description:
About the life and work of F.Dzerzhinsky in 1918-1921. END_OF_DOCUMENT_TOKEN_TO_BE_REPLACED