Quote:
Laichun, her father and two mothers, uncle and grandfather are of different generations; thus they all think differently. Father is the family head, and because he believes he must continue on the family name ends up taking two wives. His first wife also feels the same way, and so allows the second wife. Laichun feels the abyss between her and her parents and ends up getting pregnant, but hits a wall when her boyfriend does not take any responsibility. When her father is hospitalized, she begins to understand her father and two mothers. She is finally growing up. END_OF_DOCUMENT_TOKEN_TO_BE_REPLACED 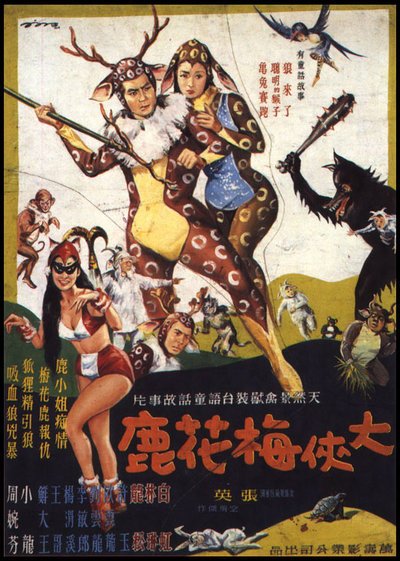 The happy lives of animals in the forest are stirred by the sudden attack of a pack of wolves. The Uncle Deer comes to rescue, and asks Birdy to notify his son, the deer. Sika Deer and the Deer are fighting for the Miss Deer inextricably. When the Deer rushed to his father, the Uncle Deer has died, and he asked his son to revenge before dying. END_OF_DOCUMENT_TOKEN_TO_BE_REPLACED

Director Wu Nien-Jen’s autobiographical portrait of his father and the family conflict that develops around him, set against the background of dramatic political change in Taiwan.

Sega, a coal-miner who grew up in the years of Japanese colonial rule over Taiwan, is more strongly attracted to Japanese identity and culture than to the Mainland Chinese model imposed after the Kuomintang takeover in 1945. His son Wen-Jian on the other hand, typically for his generation, has a natural allegiance to Chinese culture. He is baffled by and impatient with his father’s fondness for the Japanese, a bafflement intensified by the harshly negative portrayal of Japanese imperialist ambitions and wartime atrocities he is exposed to at school. END_OF_DOCUMENT_TOKEN_TO_BE_REPLACED