For a movie lover, the wait between truly original cinematic experiences can be years. You might slog through a hundred retreads or more before you stumble onto a Topsy-Turvy or an Atanarjuat or something as blissfully unique as The Cave of the Yellow Dog. But when you do, the memory of a thousand Hollywood boilerplates can’t cloud the experience, and for two hours at least, your mind is fresh again. Shot on location in the Altai region of the Mongolian steppe and starring the five members of a real nomad family – none of whom had acted before – The Cave of the Yellow Dog blurs the line between documentary and fiction and, in doing so, creates its own singular dramatic language. END_OF_DOCUMENT_TOKEN_TO_BE_REPLACED

Summary
A promise, an old, destroyed horse head violin and a song believed lost lead the singer Urna back to Outer Mongolia. Her grandmother was forced to destroy her once loved violin in the tumult of the Chinese Cultural Revolution. The ancient song of the Mongols, “The Two Horses of Genghis Khan”, was engraved on the violin’s neck. Only the violin’s neck and head survived the cultural storm. Now it is time to fulfill the promise that Urna made to her grandmother. Arrived in Ulan Bator, Urna brings the still intact parts of the violin – head and neck – to Hicheengui, a renowned maker of horse head violins, who will build a new body for the old instrument in the coming weeks. Then, Urna leaves for the interior to look there for the song’s missing verses. But she will be disappointed. None of the people whom she meets on the way appears to still know the old melody of the Mongols. Written by silke END_OF_DOCUMENT_TOKEN_TO_BE_REPLACED 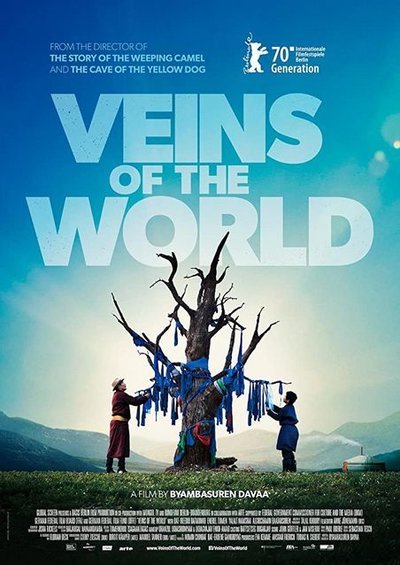 Eleven-year-old Amra is a child of the Mongolian steppe, where he lives in a traditional nomad community. His father drives him to school in the morning, and in the evening the boy helps to round up the family’s sheep and goats. Amra watches YouTube clips with his friends and dreams of making an appearance on Mongolia’s Got Talent. At home, the grown-ups convene to discuss the group’s future. Global mining companies and their hunger for gold represent an imminent threat to the herders’ way of life. When his father falls victim to a fatal accident, the challenges of harsh reality force Amra to abandon his childhood fantasies. Summoning all the strength he can muster and pushing beyond his limits, the boy sets out to honour his father’s legacy. END_OF_DOCUMENT_TOKEN_TO_BE_REPLACED 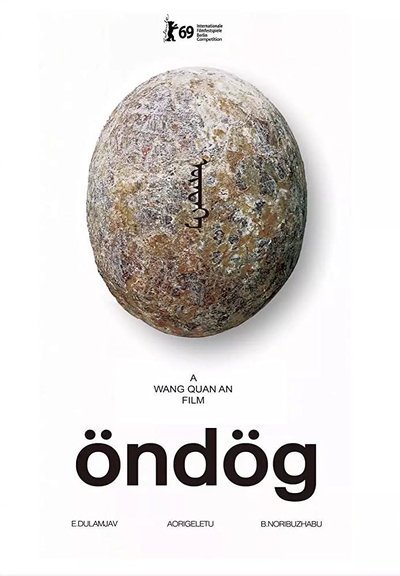 A naked woman is found murdered in the Mongolian steppe. Overnight, a young and inexperienced policeman has to secure the crime scene. Since he is not familiar with the dangers on site, a local herder is sent to guard him and the body. This resolute woman in her mid-thirties knows how to handle a rifle – and how to scare away wolves. She lights a fire against the cold. Alcohol also helps them to stay warm. At her instigation, the two get closer to each other. The next morning, they will go their separate ways.
At the centre of this film is a tenacious woman in the uninhabited expanse of the steppe. This otherwise self-sufficient herder, known to everyone as ‘dinosaur’, only tolerates her caring neighbour when there is a problem with her herd. END_OF_DOCUMENT_TOKEN_TO_BE_REPLACED

Synopsis / Plot
Ulan Bator is the capital of Mongolia, and is has its share of urban crimes despite being in the middle of one of the most underdeveloped and underpopulated countries in the world. In this story, Toguldur (S. Gombo-Ochir) is a boy who was recently orphaned. He has at least these things going for him: he is wiry, strong, and agile. These might help him to survive legitimately, but he has come to the attention of a local gang, which needs him to do some cat-burgling for them. Whether he will succeed in winning free from the gang is the central issue here, and he gets some help from an old farmer (N. Tsegmid) who shelters him briefly. END_OF_DOCUMENT_TOKEN_TO_BE_REPLACED

Quotes from IMDB: This film should absolutely be on the “avoid” list of that group of audience fed on Hollywood fodder of car chase, explosions, and the like. But to those who are used to seeking out various kinds of cinematic experience, this could be quite rewarding. First, the visual experience.

Director ZHANG Lu seems to be extremely fond of using slow pan shots, with the interesting effect of showing you something that has been happening off screen, something that you may or may not have anticipated. It’s like that throughout the entire film. END_OF_DOCUMENT_TOKEN_TO_BE_REPLACED

Teenage boy Tsog lives in the slums outside Ulan Bator, selling milk from his neighbor in the nearby city to support his family, with whom he frequently quarrels. The flight of his imagination is Tsog’s only solace— he spends hours drawing his hero, a young monk. END_OF_DOCUMENT_TOKEN_TO_BE_REPLACED