Synopsis:
Recovering from his disastrous experience with the never-completed La Fleur de L’Age, French filmmaker Marcel Carne proved he hadn’t lost his touch with La Marie du Port. Played by Nicole Courcel, the eponymous Marie is the younger sister of Odile (Blanchette Burnoy). Odile in turn is the mistress of been-there-done-that Chatelard (Jean Gabin). Upon meeting Marie, Chatelard’s cynicism melts away. Still, he merely toys with the girl’s affections–at least until he discovers that Odile is carrying on an affair with Marie’s boyfriend. Chatelard stops Marie from committing suicide, and for the first time in his life really means it when he pledges his undying devotion. Like many French films of the era, La Marie du Port was but a shadow of its former self when the American censors got through with it. END_OF_DOCUMENT_TOKEN_TO_BE_REPLACED 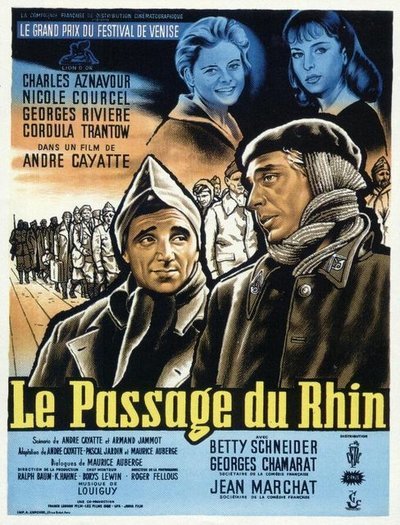 Paris, 1939. War is about to be declared any day. Roger works in a bakery and Jean is a reporter for the magazine L’Espoir. The two men have nothing is common other than the war which is soon to engulf their lives. Although Jean is engaged to be married, he is determined to fight for freedom and does not hesitate to enlist in the army. The less idealistic Roger is soon called up to defend his country. The two men are taken prisoner during hostilities and meet whilst crossing the River Rhine. They quickly become friends. By pretending to be farmers, they are sent to a German village to work for a family. Roger accepts his situation because he is attracted towards Helga, the daughter of the house. But Jean has no other idea than to escape END_OF_DOCUMENT_TOKEN_TO_BE_REPLACED

Synopsis:
Lucien is a young man whose ambition is to become a famous explorer, against the wishes of his middle-class parents who hope he might settle for a more conventional career. After a row with his father, he leaves home and meets up with his friends, a wild bunch of aspiring young actors, writers and film directors. The latter have offered to join Lucien on his expedition – if he can get the transportation. Lucien is so preoccupied with planning his expedition that he does not notice when his girlfriend Christine is taken from him by the theatre director she is working for. END_OF_DOCUMENT_TOKEN_TO_BE_REPLACED