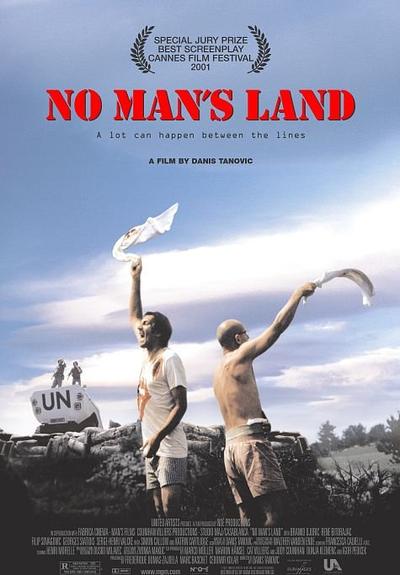 Quote:
Three soldiers one Serb and two Bosnians are caught up in a countryside trench in no man’s land between Serbian and Croatian lines, while the UN unwillingly gets involved in the situation because of media pressure.

This film is a critical satire of the meaningless of war and on how no one wants to get involved- but actually sit back (the UN) and watch or actually film the carnage (the media). It depicts the bleakness of the war, the UN’s involvement and the intruding media presentation of it in black humour and sharp sarcasm, while still the suspense and the humanity of the situation doesn’t get discarded- but makes it more fascinating and quite constructive. END_OF_DOCUMENT_TOKEN_TO_BE_REPLACED