Steven K. Hill writes:
Shot largely among the gritty working class landscapes of mid-century San Francisco, Woman on the Run spotlights Ann Sheridan as an acerbic wise-cracking wife in search of her estranged husband who suddenly disappears after witnessing a gangland assassination.

After a suffering through a series of disappointing roles at Warner Bros, Sheridan bought out her remaining contract and turned to the upstart independent Fidelity Pictures in an attempt to re-establish her career as a leading lady. The resultant film was Woman on the Run, and Sheridan delivers a tour-de-force performance, aided by equally strong turns by Dennis O’Keefe, Robert Keith, and Ross Elliott in the supporting roles. END_OF_DOCUMENT_TOKEN_TO_BE_REPLACED

Quote:
Bill Saunders, a former prisoner of war living in England, whose experiences have left him unstable and violent, gets into a bar fight in which he in kills a man and then flees. He hides out with the assistance of a nurse, Jane Wharton, who believes his story that the killing was an accident. END_OF_DOCUMENT_TOKEN_TO_BE_REPLACED 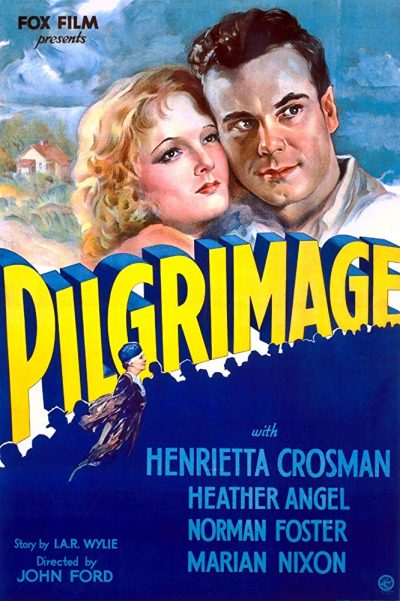 In Three Cedars, Arkansas Hannah Jessop (Henrietta Crosman) works in the field with her son Jim (Norman Foster). She reads to him from the Bible about the dangers of an evil woman, and he says he wants to enlist. Jim meets Mary Saunders (Marian Nixon) at night, putting her drunk father to bed and hiding his jug in the hayloft. Mary asks Jim not to enlist. Jim tells his mother he wants to earn wages so that he can marry. Hannah tells Mary to stay away from Jim and gets Jim put in the army. Jim gets off a troop train and kisses Mary, who tells him she is going to have a baby. He tries to stay to marry her, but he is forced back on the train. Jim fights in the trenches. In a rain storm Mary’s father asks Hannah to help deliver Mary’s baby. A telegram to Hannah reports that Jim was killed. She pieces together a torn photo of him. END_OF_DOCUMENT_TOKEN_TO_BE_REPLACED SYNOPSIS: Karl Muller and his foster brother, Stephan Brenner, leave their farm in the Austrian countryside, and travel to Vienna to study medicine. Karl is in love with his foster sister, Lottie Brenner, and would rather work as a farmer, but in deference to the wishes of his foster mother, Mrs. Brenner, he studies hard and is named valedictorian of his class. Stephan, on the other hand, enjoys drinking and flirting more than studying. One night, while drunk, he performs an illegal operation on his girl friend Anna. After she becomes very ill, he confesses everything to Karl, who agrees to try to help her, even though he does not yet have his license. While Karl is with Anna, she dies, and he takes full blame for the operation in order to spare Mrs. Brenner’s feelings. He is not allowed to graduate and spends time in prison. After he leaves prison, he returns home to find that Stephan has died. Karl is eager to return to farming, but after he successfully operates on a boy injured in an accident in front of the house, Mrs. Brenner convinces him to pose as Stephan and continue his work as a surgeon. END_OF_DOCUMENT_TOKEN_TO_BE_REPLACED