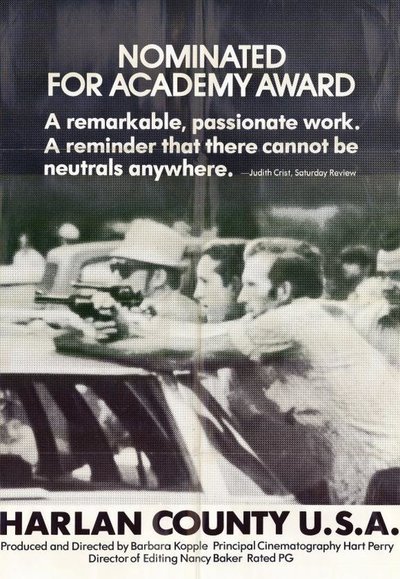 Plot
This film documents the coal miners’ strike against the Brookside Mine of the Eastover Mining Company in Harlan County, Kentucky in June, 1973. Eastovers refusal to sign a contract (when the miners joined with the United Mine Workers of America) led to the strike, which lasted more than a year and included violent battles between gun-toting company thugs/scabs and the picketing miners and their supportive women-folk. END_OF_DOCUMENT_TOKEN_TO_BE_REPLACED