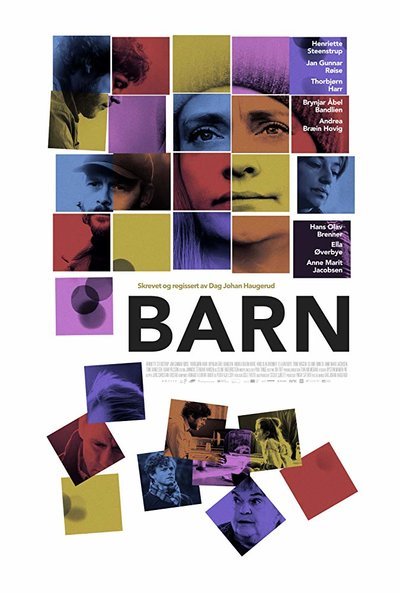 During a break in school 13 year-old Lykke, the daughter of a prominent Labour Party member, seriously injures her classmate Jamie, the son of a high profile right-wing politician. When Jamie later dies in hospital, contradicting versions of what actually happened risks making a difficult and traumatic situation worse. END_OF_DOCUMENT_TOKEN_TO_BE_REPLACED

The relationship between artist-partners Tomas and Anja is put to the test after Anja gets a life-threatening diagnosis. END_OF_DOCUMENT_TOKEN_TO_BE_REPLACED

Gritt left Norway with the dream of becoming an actress, but failed to find fame in Hollywood and Berlin. Back in Oslo, she manages to get an internship at an underground theatre company and secretly moves into their performance space, embarking on a mission to bury capitalism and the patriarchy. END_OF_DOCUMENT_TOKEN_TO_BE_REPLACED

Quote:
The entire point of Peter Watkins’s cinematic career, so he seems to indicate in his interview with himself in the liner notes for New Yorker Video’s Edvard Munch DVD, is to directly challenge the perception deadening (at best) and enslaving (at worst) effects of the hegemony of 20th-century media, the conception of which was arguably the arrival of the moving picture. Strangely enough, two of his most acclaimed films take place decades before the Edison’s kinetoscope, but Watkins seems to use the anachronism of creating a hypothetical “first-person cinema” in the B.C. years to accentuate his impassioned appeal for elevated media consciousness. His recent six-hour millennial masterwork La Commune (Paris, 1871) was blunt about it, framing a rag-tag experimental theater ensemble attempting to reenact a moment of French social resistance with televised coverage from within (two community reporters practically serving as the film’s tour guides) and without (daily reports from the State-suckling network distorting the public’s all-but-assigned opinion). END_OF_DOCUMENT_TOKEN_TO_BE_REPLACED

Plot summary:
The storyline centers around Sonell, a 30-something bachelor working as a translator of comics, who, when he laughs, makes a weird sound, frightening people away.
In order to deal with this he sees a psychiatrist… END_OF_DOCUMENT_TOKEN_TO_BE_REPLACED

Quote:
A harrowing and even ironic story of the first large, well-educated generation that was born after the war. The film tells the story of psychiatrist and Assistant Chief Athletic, and his good friend, theater director Eigil. Both are now past their youth, when they were politically active on the left. Now both are well established in powerful positions in the community. Both Athletic and Eigil have broken marriages behind them. Both have children who do not live with them. Both are struggling to keep up a facade that constantly threatens to fracture. END_OF_DOCUMENT_TOKEN_TO_BE_REPLACED