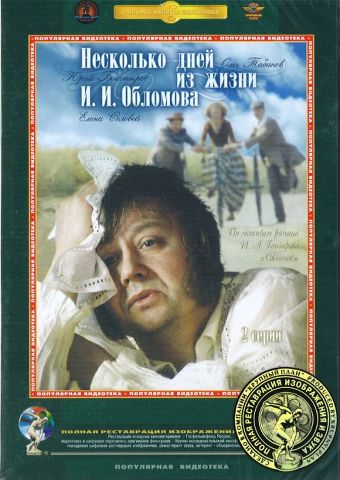 Russian director Nikita Mikhalkov takes a break from emulating his beloved Chekhov to film the classic Ivan Goncharov novel Oblomov. The title character (played by Oleg Tabakov) is a 19th century Russian civil servant and landlord who chooses to go to bed one day–and never get up. Preferring to sleep his way through life rather than confront it, Oblomov is shaken from his slumbers by the arrival of a childhood friend Shtoltz. A series of flashbacks show why it is that this friend’s presence gets Oblomov out of his ‘jammies and back on his feet. Also known as A Few Days in the Life of I. I. Oblomov, this sprightly film is an excellent early example of the work of the director who would win a 1994 Oscar for his Burnt by the Sun. ~ Hal Erickson, All Movie Guide
END_OF_DOCUMENT_TOKEN_TO_BE_REPLACED