Synopsis:
A year after the accidental death of their father, three brothers — each suffering from depression – meet for a train trip across India. Francis, the eldest, has organized it. The brothers argue, sulk, resent each other, and fight. The youngest, Jack, estranged from his girlfriend, is attracted to one of the train’s attendants. Peter has left his pregnant wife at home, and he buys a venomous snake. After a few days, Francis discloses their surprising and disconcerting destination. Amid foreign surroundings, can the brothers sort out their differences? A funeral, a meditation, a hilltop ritual, and the Bengal Lancer figure in the reconciliation. END_OF_DOCUMENT_TOKEN_TO_BE_REPLACED 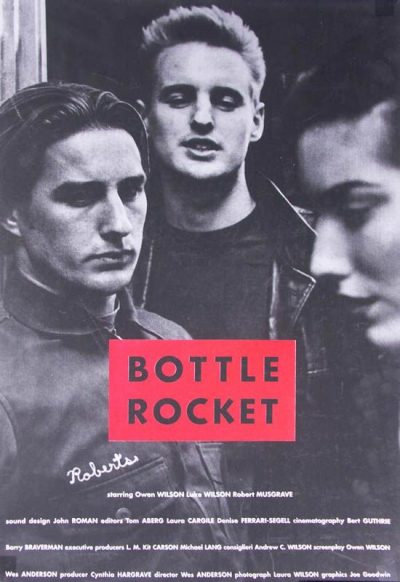 Comedy/Crime
“Upon his release from a mental hospital following a breakdown, the directionless Anthony joins his friend Dignan (who seems far less sane than Anthony.) Dignan has hatched a hair brained scheme for an as-yet unspecified crime spree that somehow involves his former boss, the (supposedly) legendary Mr. Henry. With the help of their pathetic neighbor and pal Bob, Anthony and Dignan pull a job and hit the road, where Anthony finds love with motel maid Inez. When our boys finally hook up with Mr. Henry, the ensuing escapade turns out to be far from what anyone expected.” END_OF_DOCUMENT_TOKEN_TO_BE_REPLACED