Can someone be hopelessly naïve and a cynic? Can someone be chronically depressed and positive? Can a hopeful young man ignore all his advantages and concentrate on his life’s drawbacks? These sorts of contradictions define young Piero (nickname “Ovosodo” or “Hardboiled Egg”, also the slang term for the slum area he inhabits). His mother is dead; his father spends years in jail for, in effect, incredible stupidity; his older brother is severely challenged; and he knows nothing at all about his best friend. At the end, he is thrilled that all his disadvantages provide him with a dead-end job in the factory owned by his best friend’s father, despite having the real advantage of four years of top-quality education at the best private school in the region as a scholarship boy.

This is an utterly frantic yet very droll, ironic black comedy. END_OF_DOCUMENT_TOKEN_TO_BE_REPLACED 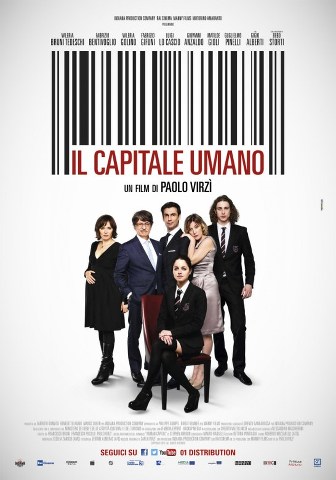 Synopsis
The destinies of two families are irrevocably tied together after a cyclist is hit off the road by a jeep in the night before Christmas Eve.
IMDb.com END_OF_DOCUMENT_TOKEN_TO_BE_REPLACED